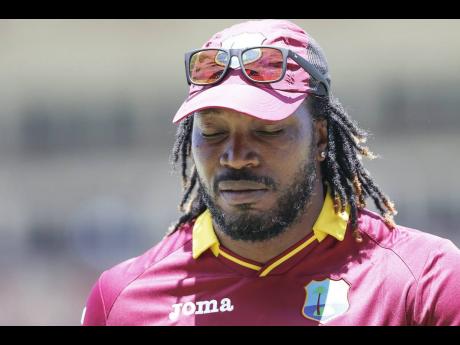 The ninth-ranked Windies defeated the top-ranked visitors by 26 runs at Kensington Oval on Friday to tie the five-match series at 1-1.

While Bravo said the victory was a result of team effort, he said Gayle’s presence in the dressing room had lifted the spirits of all the players.

“Think the fact that Chris is back there on top, his experience in the dressing room is priceless. He puts a smile on each and every player’s face, and, as you can see, when we go out there, we really enjoy our cricket.

“In the dressing room, he’s always giving information. If you remember, before the start of the game, he was chatting at nine in the evening with Nicholas Pooran about batting and stuff. He’s helping all the youngsters. We’re happy to have him and, hopefully, he’ll get another 100 tomorrow [today],” Bravo said.

“He’s definitely a hero, not even a hero; he’s a legend. If you look at the stats, he’s achieved a lot at international level. He’s a special player. We’re really happy to have him. He’s getting on a bit in age, but he’s still striking the ball nicely, so that is the most important thing.”

The experienced Bravo said the victory at Kensington Oval had given the side a huge boost of confidence.

“Actually winning a game against the best One-Day team in the world is also a great feeling. That will give us confidence, so we’re looking forward to the encounter tomorrow (today),” Bravo said.