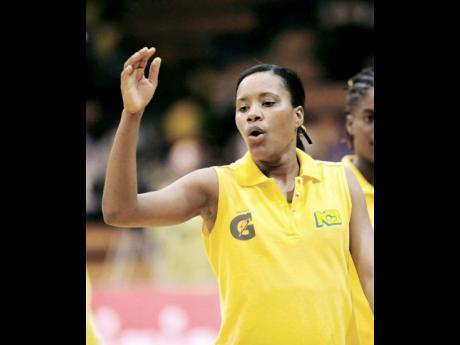 Now that she has been appointed to the board of Netball Jamaica (NJ), Simone Forbes is ready to give back to netball in order for the sport to continue to develop in the country.

Forbes, Keyan-Shawn Murdock, Denise Wisdom and Carlene Waugh were all selected to the NJ board of directors during Saturday’s annual general meeting, which was held at the Jamaica Olympic Association offices in Kingston.

“I feel good,” said Forbes, who is a former Sunshine Girls captain. “The aim was to be a member of the board of directors of Netball Jamaica and based on the members, I was elected. I am just ready to serve and assist however I can for the continued development of netball in Jamaica, because that is always my focus and that hasn’t changed,” said Forbes.

She added that she is now anxiously awaiting her first board meeting with the organisation.

“I am done playing, and like I have always said, I want to help the sport in a different capacity; and for that to happen, then it has to be on the board,” she said. “That is why I tried last year, unsuccessfully, and I tried this year. And if I had lost, I would have tried next year, because my focus is to serve the sport that has done so much for most of us, and I believe that I am able and capable and more than competent enough,” Forbes stated.

However, the 37-year-old Forbes lost out 78-63 to incumbent Tricia Robinson for the post of first vice-president.

Meanwhile, Janet Johnson-Haughton was return unopposed as treasurer of NJ.

Forbes, who is regarded as one of the country’s best netball players of all time, helped the Sunshine Girls to back-to-back bronze medals at the World Championships in 2003 and 2007.