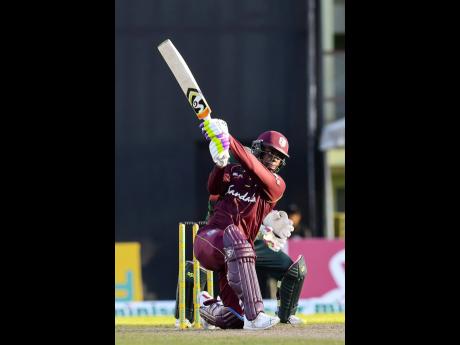 Rookie left-hander Shimron Hetmyer believes West Indies’ victory over world number one England is a sign that the Caribbean side is beginning to make ­positive strides.

The hosts produced a sterling performance with the ball on Friday to beat England by 26 runs at Kensington Oval in the second One-Day International (ODI) and tie the five-match series at 1-1.

In their last ODI outing against England in 2017, West Indies were thumped 4-0 in a five-match away series.

“That’s a step in the right direction for us, and it’s just about us keeping ourselves growing and working hard in each and every game,” said Hetmyer, who hit a Man-of-the-Match unbeaten 104.

“There was always confidence there, [but] it’s just about us believing more now in our abilities and executing on the day.”

The victory came just three days after West Indies posted their joint third-highest total in ODIs, piling up 360 for eight off 50 overs in Wednesday’s opener.

Significantly, the total was their highest ever against England and was also a new high for the Kensington Oval venue.

England then pulled off the third-highest successful run chase in history to win by six wickets, but Hetmyer believes the way West Indies bounced back was key.

“West Indies are on a rise as it is right now, but we are just trying to take it a game at a time and one step at a time, and trying to put our best foot forward in every game and back up our bowlers with runs on the board, and in the field as well,” he pointed out.

Hetmyer’s hundred was the fourth of his fledgling international career, with all coming within the last 12 months. He said he had been disappointed not to score a hundred when he was dismissed for 81 in the opening Test here last month.