It was a tough decision to leave MVP – Tracey 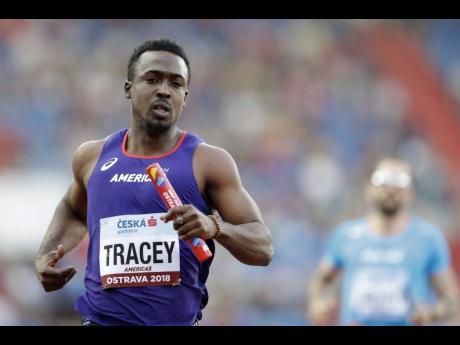 When it was revealed that Tyqendo Tracey would be parting ways with MVP Track Club last fall, it came as a shock to athletics fans across Jamaica.

This came as the former Garvey Maceo athlete’s five-year stay at the University of Technology-based track club had just started to pay dividends.

After claiming his first National Senior Championships 100m title in June of last year, he went on to win the event at the inaugural staging of the Athletics World Cup.

A week later, he moved into the sub-10-seconds realm when he stopped the clock at 9.96 seconds at the London Anniversary Games.

The MVP magic, with Coach Stephen Francis, had found another one, and hence, it was disappointing when months later, the relationship between the 25-year-old and the group ruptured.

Tracey admits that it was daunting when he was faced with the reality of leaving MVP.

TOO BIG TO LOOK PAST

“It did cross my mind when I decided to leave that maybe I might end up like other MVP athletes who left and were not able to perform well after,” he said. “But, the issue (with the club) was too big for me to look past.”

He continued: “There are certain aspects of my departure that a lot of people don’t know.”

Tracey moved to Florida and is now training with Rana Reider at the University of North Florida.

“I have moved on, and I am training well, and I will just come out and do well nonetheless,” he said.