Not a Jamaican thing! - JCA boss Heaven warns that CWI vote will go to better candidate 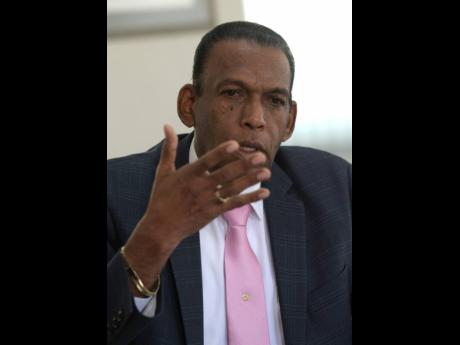 President of the Jamaica Cricket Association (JCA) Wilford ‘Billy’ Heaven says that his organisation will be meeting very soon to decide which candidate they will be supporting at the upcoming Cricket West Indies (CWI) annual general meeting (AGM).

Incumbent and fellow Jamaican Dave Cameron will be challenged by former West Indies team manager Ricky Skerritt for the post of president.

The CWI elections will be held in Jamaica on March 24. A total of 12 votes, two each for the six-member territories, are at stake.

Heaven, who himself was re-elected to the JCA top job for a third successive term after seeing off Mark Neita’s challenge, told The Gleaner that the JCA would be meeting with both candidates before they decide on who they would be supporting at the AGM.

“It has to follow a process of transparency,” said Heaven, “I do not believe that the mere fact that you are a Jamaican should be the only qualification for that position.”

“It is a CWI position and if each and every territory was to follow that way, then it would not take our cricket very far,” Heaven said.

Cameron, who was elected unopposed at the last CWI AGM, has been the president of the association for six years. Heaven added that his association will be supporting the candidate that makes the best presentation.

“There is a process to be followed where that is concerned, as is the case with each and every territorial board, and so we will be taking the matter to our board,” Heaven said.

“We will seek to have presentations from each of the teams so that the board can have the benefit of those deliberations to see what each team is offering within the context of where we are and where we are going,” Heaven added.