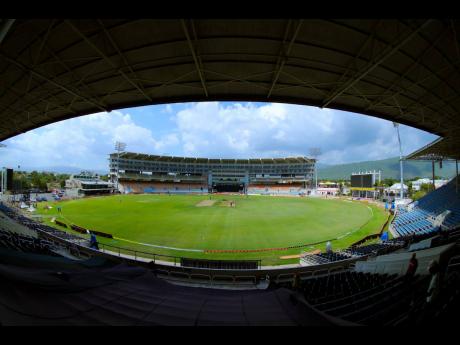 Having not watched any live regional cricket for the past two or three seasons, I wandered into Sabina Park last Thursday afternoon to have a look at the four-day game between the Jamaica Scorpions and the Leeward Island Hurricanes.

Fortunately for me, regional cricket’s all-time leading wicket-taker Nikita Miller was in his element on the day, snarling another impressive seven first-innings wickets to add to his already impressive career aggregate, in a game that the Scorpions eventually lost.

Miller’s exploits aside, the thing that struck me most of all was how empty Sabina Park was in the middle of a regional four-day game. Outside of a few media practitioners, who, by virtue of covering regional cricket on a regular basis, seemed indifferent to the hollow emptiness inside the park, there were also members of the maintenance staff, as well as some very bored security personnel. From my vantage point, I did not see even one individual, who appeared to be a mere spectator watching the cricket.

This is elite domestic cricket with senior West Indies representatives in both teams, yet not even the proverbial man and his dog were interested enough to journey to the park, sit, and watch a game involving the home team, Jamaica. The reality is, though, that the poor attendance for this level of cricket across the region is a mere index of what is happening generally in the longer formats of the game all across the world.

There have been dwindling crowds for red-ball cricket all over the world. The stark reality facing the Test and first-class games can no longer be denied, despite the odd brilliant and exciting Test match or Test series which continues to pop up from time to time.

It was revealed recently that the cost to the Jamaica Cricket Association (JCA) to host a Test match at Sabina Park is in excess of US$500,000, which converts to over $60 million. Based on current trends in spectator non-support, the JCA would be buried deep in the red, as it more than likely would be that same man and his dog who would occupy the otherwise empty stands.

In addition to the shrinking crowd attendance, televised cricket generally is not easily accessible to the common man or woman in the region. The International Cricket Council (ICC) itself has admitted to the challenges facing the longest version of the game and has been trying to come up with workable tweaks to try and keep the format relevant. Suffice it to say, many of the challenges facing the ICC and fans of Test cricket are in the inherent nature of the Test game, the length and pace of the game, as well as the archaic rules that govern the game.

To change those fundamentals, would be to change the very fabric of Test cricket.

My visit to Sabina Park sharply reminded me how oddly unnatural the situation is with red-ball cricket, especially in the West Indies. Sport generally, including cricket, can only be viable if fans are attracted to the games and fill the stands to watch the games. Less and less people are watching live Test cricket, with the issue compounded five or tenfold with what is happening at the regional four-day level.

This smacks against all the conventions that govern professional sport. Until that fateful trek I made last Thursday, here I was, fully convinced that sportsmen and women executing their craft in front of excited and enthusiastic fans was the bedrock of professional sports. I guess the enigma of red-ball cricket continues to prove me wrong.