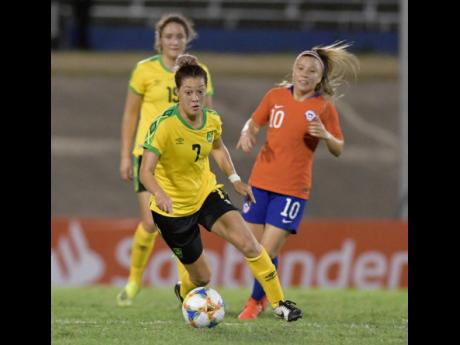 Andre Lowe
Reggae Girl Chinyelu Asher (centre) is all focus during Jamaica’s 1-0 win over Chile in their friendly international at the National Stadium last Thursday.

At a meeting in Miami next week, FIFA’s ruling council is set to ratify video assistants being deployed to help women referees at the June 7-July 7 tournament in France.

The Associated Press revealed in February that FIFA was set to use VAR at its women’s showpiece after months of uncertainty.

Some men with experience working as VARs at the 2018 World Cup in Russia took part in trials at a boys’ youth tournament in Qatar last month with Women’s World Cup match officials.

“The tests were quite positive,” Infantino said on Saturday. “I would of course wish that we do use VAR at the Women’s World Cup.”