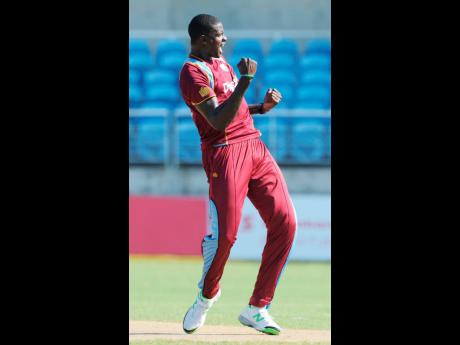 West Indies have retained their 13-man one-day squad for the three-match Twenty20 (T20) International series against England starting today, but star all-rounder Andre Russell will take no part after failing to recover from a recent knee procedure.

A Cricket West Indies release yesterday said the 30-year-old had to be withdrawn from the squad “due to an adverse reaction he had to a medical procedure done in Dubai before he flew to the Caribbean”.

Russell, who had been playing in the ongoing Pakistan Super League, was called up to the one-day squad for the two final one-day internationals (ODIs) to replace injured seamer Kemar Roach.

However, Russell was overlooked for both ODIs, with no explanation given for his exclusion.

The most recent setback for the Jamaican also raises doubts over his fitness for the Indian Premier League bowling off later this month, where he campaigns for Kolkata Knight Riders.

He has been plagued by a troublesome knee injury in the past and was forced to pull out of the three-match ODI series against Bangladesh last year after playing just one match.

Selectors, meanwhile, have opted to continue with the one-day squad that tied the preceding five-match series 2-2 in order to further advance preparations for the World Cup starting in May.

With several members of the World Cup squad due to miss the final one-day tour – a Tri-Nations Series involving hosts Ireland and Bangladesh – chief selector Courtney Browne said the decision had been made to use the T20 series to “finalise strategies” for the World Cup.

“After discussion with the coach (Richard Pybus) surrounding preparation for the ICC CWC 2019, it was proposed that we retain the ODI squad to play the T20 matches against England,” said Browne.

“After deliberations with captain, coach and the panel, we all are of the opinion that it would aid in the team’s World Cup preparations.”

He added: “We have a triangular series in Ireland in early May, which coincides with the Indian Premier League. A high number of the World Cup hopefuls will be involved in the IPL and will miss the tour to Ireland.

“We therefore felt that we could not miss this opportunity for the coaching staff to continue work towards finalising their strategies.”

The last two T20Is of the series will be played at Warner Park in St Kitts on Friday and Sunday.