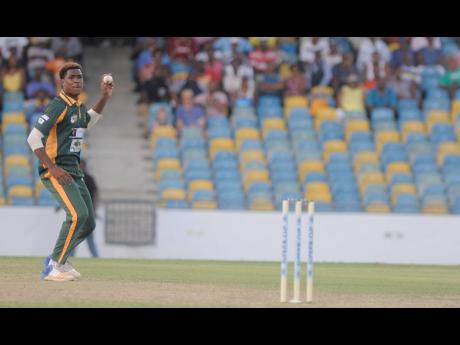 Left-arm seamer Obed McCoy has been called up for the remaining two matches in the Twenty20 series against England.

The 22-year-old has made two appearances for West Indies, both on the one-day tour of India last year, but has never turned out in a T20 International. He has taken four wickets.

McCoy featured in two first-class matches for Windward Islands Volcanoes this season but with little success, managing a solitary wicket. West Indies lost the opening T20 by four wickets on Tuesday in St Lucia and will look to level the series when they take on England in the second match at Warner Park here tomorrow.