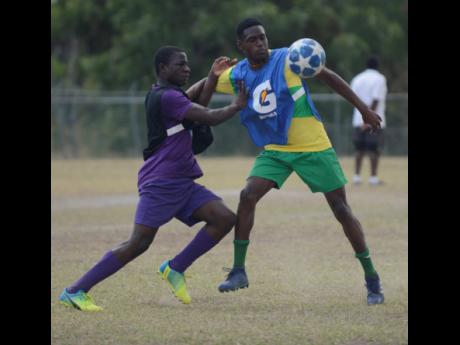 The 16 remaining teams will be placed in four groups, consisting of four teams.

The top two teams from each quarterfinal group will then advance to the semifinals, with the winners of the semifinals then moving on to the final.

Additionally, six players will be selected from the squads to represent Jamaica in Madrid, Spain, in an international tournament set for May 27 to June 2. The competition features players between the ages of 14 and 16.

STETHS 1, Calabar High School, Ballaz Academy, Church of God of Prophecy A, Garvey Maceo, Cavaliers Football Club B, and Liguanea Football Club are also through to the group stage.

The Gatorade 5v5 Soccer competition kicked off in 2015 in Latin America.

Over 100 youngsters from Europe, North America, and Latin America took part in the final rounds in Barcelona, where Panama were crowned the men’s champion and Brazil won the women’s tournament.