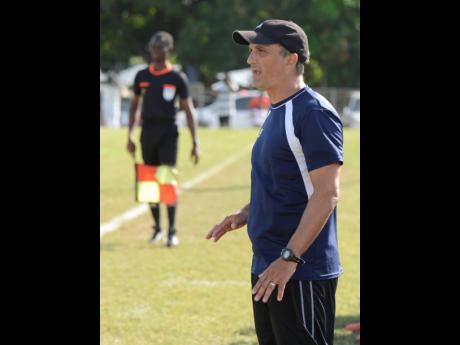 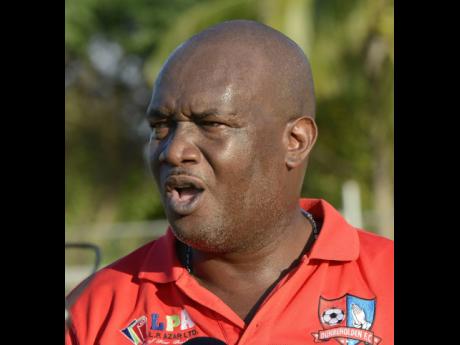 The Red Stripe Premier League (RSPL) will continue today with another cracking set of matches, especially with those featuring the teams at the lower end of the table.

Engaged in a straight fight for survival are the newbies, Dunbeholden, on 29 points; Harbour View on 28; Montego Bay United on 27; and Reno on 23. None of the four can be written off as they are all fighting to the end. Ninth-place Dunbeholden, based on points, are in the best position, but they cannot afford to overlook Reno, who host them today.

Reno, despite their meagre points haul, have been tough challengers for almost all comers this season, and even though they do not have the best record at home, they will be out to strike a big blow. The once-dominant team in western Jamaica, and the country, have a proud history and will not allow themselves to be beaten at home in successive weeks by fellow strugglers. Renorio Downswell has a surname that is imprinted in the history of the club, and that, as well as his own ambitions, will continue to drive him as he leads the club’s relegation fight.

A win will gift Reno three valuable points, three behind Dunbeholden, with three matches to play. If their other direct rivals get unfavourable results, then Reno could find themselves clutching a life jacket instead of straws.

Dunbeholden’s manager, Paul Christie, is not one short on confidence. He declared early that his team’s third-round match-up with Montego Bay United would be their toughest of the round, and once they won that, which they did, then it would be very difficult for them not to stay up after that. With confidence like that and players like Dean Andre Thomas and Nickoy Christian among others to call on, betting on them would not be unwise.

Montego Bay United, with eight, have earned the most points of the strugglers in their last five matches. Dunbeholden are next with six. Included in the eight points are back-to-back wins, and Montego Bay United will be gunning for their third successive, as anything else would not be enough, according to Orville Powell, whose return, along with the arrival of coach Luciano Gama, has coincided with the team’s upturn.

“Every game for us now is a final, and every final is a must-win, or you will be out. That is how we see things now,” said Powell, whose team will host Arnett Gardens, who while situated in the top six, are in need of a winning run.

“The players are aware of it. The confidence is there, but we have to careful of that and not get overconfident, but I think they are focused,” a cautious Powell added.

“First of all, this is a tough game, and every game from now on is a cup final atmosphere,” Taylor, himself a former Harbour View player, said.

The players have assured me that they are prepared to fight for these points, and even though not everyone is fit and ready, we have a squad good enough to get us the three points,” Taylor said confidently.

Humble Lion are currently on a poor run and are not immune to the danger of being dragged into the relegation scrap. They will be aware of the fact that a win over Harbour View will ease those fears for them for now.

Mount Pleasant and Cavalier should please the fans at Drax Hall while the marauding Portmore United could cause some sad faces at the Edward Seaga Stadium when they meet the home team Tivoli Gardens.