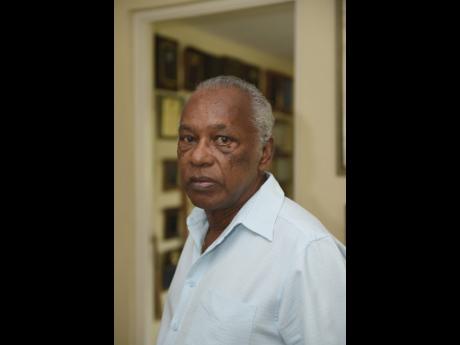 Richard Gayle, a past president of the Melbourne Cricket Club (MCC), says that the late former sports editor at The Gleaner Company (Media) Limited, Tony Becca, made an incredible contribution to the sport and he will be sadly missed by all at the club.

Becca, who served as president of MCC for more than a decade, died on Thursday, February 28, at the Andrews Memorial Hospital in St Andrew. He was 78.

Gayle was among the more than 200 persons who turned up at Melbourne last Friday night for Becca’s Ninth Night.

Gayle, who took over from Becca as president of MCC in 2003, said that the latter made invaluable contribution to the sport and to journalism.

“He was always talking cricket, and he kept abreast of the game and what was going on with the players,” said Gayle. “He was always around, and he never missed a match at Melbourne, even up to the time of his passing, and so I think we will surely miss him,” he said.

“It is not just his reporting on the game, but his knowledge of the game and his ability to compare the cricket of today with the cricket of the past. This is lacking in our current cricketers. Many of them don’t know about either cricket in general or the past players,” Gayle said.

Gayle, who has been a close friend of Becca since 1974, added that the former sports editor played a very important role in the club’s hosting of the Melbourne Cricket Festival, which attracted cricketers from around the world.

“When we invited local players to the cricket festival, they got a lot of exposure. Courtney Walsh got his break from the Melbourne Cricket Festival,” Gayle said. Walsh went on to become one of the greatest West Indies fastbowlers of all time.