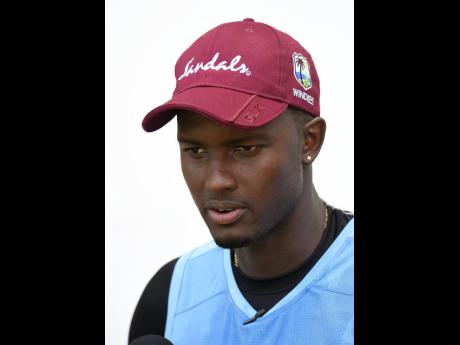 England needed just two hours and 23½ overs to dispose of West Indies by eight ­wickets in the third Twenty20 International at Warner Park and complete a ruthless whitewash of the world champions yesterday.

For the second straight match, West Indies capitulated meekly, this time for 71 off 13 overs – their third-lowest T20 International total – after choosing to bat first. In Friday’s second match at the venue, they perished for 45, the second-lowest total in the format.

Once again, the Windies batsmen showed a lack of discipline, and only four players reached double figure with opener John Campbell, ­captain Jason Holder and Nicholas Pooran all scoring 11, and last man Obed McCoy getting 10.

England, in reply, wasted little time in reaching their target off 63 balls, with opener Jonny Bairstow blasting 37 off 31 balls, striking four boundaries and a brace of sixes.

He put on 28 with Alex Hales (20) for the first wicket before adding a further 32 for the second wicket with Joe Root, who ended on four not out.

Dropped on 18 by Shimron Hetmyer off seamer Holder in the seventh over, Bairstow cleared the ropes at deep square leg in the same over before putting left-arm spinner Fabian Allen out of the park in the following over.

With just 11 runs needed for victory, he was bowled in the ninth over off the first ball of Devendra Bishoo’s opening over, but captain Eoin Morgan (10 not out) ended the match in the leg-spinner’s next over with a straight hit for six and a sweep to the backward square boundary off consecutive deliveries.

The series defeat was a disappointing end to an otherwise outstanding performance by the hosts, who stunned England 2-1 in the Test series to regain the Wisden Trophy before coming from behind to level the five-match one-day series, 2-2, against the world No. 1 side.

D Bishoo not out 3

A Hales c Campbell b Holder 20