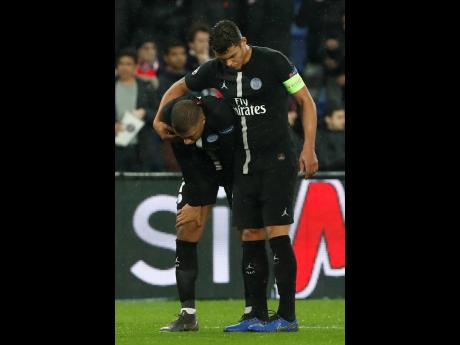 It is precisely for controversies such as the current one ignited by the late video ­assistant referee (VAR)-influenced ­penalty call made against Paris Saint-Germain (PSG) in their Champions League tie against Manchester United, that FIFA, through the independent International Football Association Board (IFAB), has decided on another series of tweaks to selected laws of the game.

This includes the relevant ­section of Law 12 that deals ­specifically with the handball offence.

The latest set of changes kick into effect on June 1 this year. The adjustment to the handball rule speaks to the reality that approximately 80 per cent of the handballs given are not deliberate, but are instead given because the referees deem the player to be getting a material advantage when the hand makes contact with the ball. Come June 1, the word ‘deliberate’ will be removed from this law, which should eradicate most, if not all the grey areas.

The simple fact of the matter is therefore, the new rule is not yet in effect. Thus, the highlighted word, ‘deliberate’, remains the pivot point for all handball decisions. The current law emphatically defines the offence in the following way: “Handling the ball involves a DELIBERATE act of a player ­making contact with the ball with his hand or arm”, with the additional guidelines listed.

The referee shall take the ­following into consideration:

(1) The movement of the hand towards the ball.

(2) The distance between the opponent and the ball.

(3) The position of the arm does not necessarily mean that there is an infringement.

(4) Touching the ball with an object held in the hand counts as an infringement.

(5) Hitting the ball with a thrown object also counts as an infringement.

This still-existing law, categorically highlights the word ‘deliberate’ as the overarching premise on which all handball decisions, including penalty calls, should be made. All the ­additional guidelines and best practices, including the player making ­himself big, the arm being in an unnatural position, etc, are mere factors to be considered in influencing the opinion of the referee, as to whether or not the handball act is deliberate or not.

Having viewed the particular infringement involving the PSG defender Presnel Kimpembe at least a hundred times, I feel the same way I felt the moment it happened.

It could not be reasonably deemed a deliberate handball and, therefore, should not have been a penalty. Certainly not a stoppage time penalty that knocks one team out and advances another team to the quarter-finals of the world’s richest and most prestigious club competition.

Of course, Manchester United were the beneficiaries of this call, and being one of the biggest, richest, and most popular clubs in the world, emotions have been running high at the expense of common sense and objectivity; but emotions aside, there is no way Kimpembe, who instinctively jumped, turned his back in the instant of the rocket of a shot from eight or 10 yards away, there is no way the defender could be so skilled and crafty as to deliberately handle that ball with the back of his elbow.

The controversy sparked by this incident has certainly confirmed the level of naivety and downright ignorance about the laws of the game. Supporters of the handball and penalty calls have all ­conveniently ignored the specific wording of the current law, which in itself is instructive. Another ­startling ­paradox is in the fact that so many people have admitted that they do not think the handball was not deliberate, but they think it was a penalty, again instructive. At least one positive coming out of this saga is that come June 1, we should not be having anymore debates of this sort. However, by the letter of the current law, it was indeed a wrong penalty call.