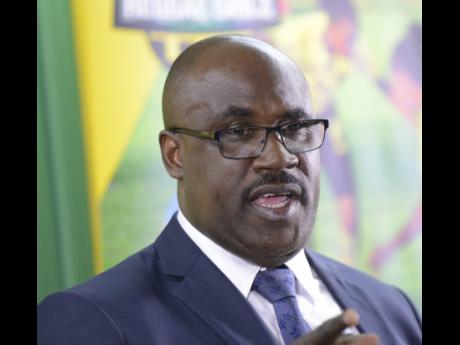 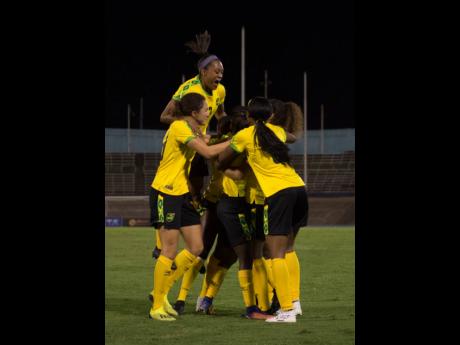 Gladstone Taylor
The Reggae Girlz celebrate after Marlo Sweatman (obscured) scored the only goal of their friendly international against Chile at the National Stadium on February 28, 2019. Jamaica&apos;s senior women&apos;s team won 1-0.
1
2

General Secretary of the Jamaica Football Federation (JFF) Dalton Wint, pointed to a ‘misunderstanding’ while admitting that the federation had not yet issued contracts to the players and coaches of the FIFA Women’s World Cup-bound national senior women’s team – the Reggae Girlz.

Wint, however, shared that the organisation was in the process of tying up the loose ends for those arrangements and is expecting the documents to be issued by the end of this week.

JFF president Michael Ricketts, on Sunday, told The Gleaner that contracts had already been issued to players and coaches last Friday, with all three coaches refuting that claim, leaving many unanswered questions. However, Wint said yesterday that the mix-up resulted from a miscommunication between him and Ricketts.

“There was a misunderstanding with the communication between me and the president, and so it is being worked on. There are some little things we have to work through, but the fact of the matter is that some of these girls cannot get a contract because they are in school and that will ruin their scholarships. So we are working through those things to see who we can offer a contract to,” Wint said.

“So it’s still ongoing, but it’s very sensitive, so we have to deal with it in a particular way because when a youngster sees she is playing better than the other, and the other is getting something and they are not, it can cause animosity, so we will have to have a sit-down and have a discussion with them and let them understand what will happen,” Wint reasoned.

However, he insists that contracts for both coaches and players are expected to be sorted out by the end of this week while noting the importance of sitting and discussing the invariables of the situation with all parties.

“If we cannot do that (discussion) through the phone, then at the end of the week, we hope to meet. But we are looking to have a sit-down and a discussion with them as a group very soon, this week.

“For the coaches, they have not yet receive it (contract) as we are waiting on some personal data from the coaches, hopefully, by this week. But we want to have a discussion with the coaches about the girls and how we deal with the girls. We do not want any discord. We don’t want a person to ask, ‘Why are they not getting a contract, while this one is getting’.

So, like we do with the men, we have a contract, and you have to sign it or you won’t participate. But you can’t do that for the girls because of different reasons, so we have to deal with it sensitively, but it will be sorted out very soon,” Wint stated.

The Reggae Girlz secured a historic qualification to the FIFA Women’s World Cup, which will take place in France from June 7-July 7. They have been grouped with Brazil, Italy, and Australia.