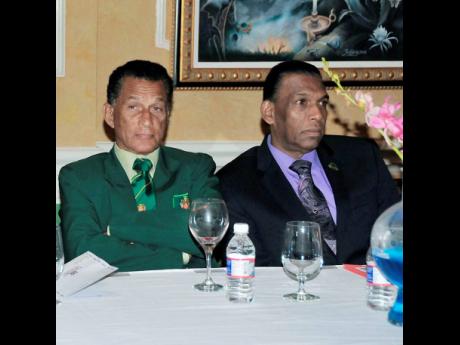 Skerritt is set to meet with the JCA board on Thursday afternoon when he will make a presentation to the organisation and try to convince them to vote for him in the upcoming CWI elections.

Skerritt, a manager of the West Indies senior men’s team and former state minister in his native St Kitts and Nevis, will be seeking to dethrone Cameron, at the March 24 annual general meeting (AGM), which will take place in Jamaica. Skerritt’s running mate, Dr Kishore Shallow, will be up against Emmanuel Nathan for the vice-presidency.

Bennett told The Gleaner yesterday that the board would only decide which of the candidates would be getting their two votes after their respective presentations, which he described as a a prerequisite for support.

Cameron was also invited to present his plans for CWI to the JCA on Thursday, but had a previous engagement on that day and has asked to meet with the JCA officials next week instead.

“Hopefully, we will get to hear from Mr Cameron too and after we hear from both individuals, we will asked questions and after we ask questions, then we will make a determination as to the way we go,” said Bennett.

“We are not going to go down the road that Barbados, Guyana, and Windward (Islands) have gone,” he added. “I think that it is not good, and I wouldn’t want to be a part of any association where you want to hear one candidate and you disregard the next.”

The Barbados, Guyana and Windward Islands cricket associations have reportedly decided to throw their support behind Cameron, after only meeting with the Jamaican.

“I think it should be fair and proper that both candidates be heard and this what the Jamaica board is doing,” said Bennett.

“Mr Skerritt made himself available for Thursday and I am glad he did, because if he never did, then he won’t be considered,” Dr Bennett said.

Bennett admitted that Cameron holds a slight advantage over Skerritt going into the presentations because of the fact that he is a Jamaican but underlined that this would not be the only factor in deciding which candidate gets the JCA’s support.

“It is a plus (that Cameron is Jamaican), but it cannot be the only determination. This is not a Jamaica election. It is a West Indies election, and we are all Caribbean people,” Bennett said.

“We are one people, and yes, Mr Cameron is from Jamaica and that gives him an advantage, but it cannot be the only determining factor.

“We are looking for the best for Jamaica’s cricket and for West Indies Cricket because obviously things are not going well and we would think that at this time there got to be a new thinking and a new direction,” Bennett added.

With 12 votes up for grabs – two for each of the six regional territories Skerritt and Kishore have already gained support from the Trinidad and Tobago Cricket Board and the Leeward Islands Cricket Association.

Cameron is seeking a third successive term as president of CWI.