Williams getting things right at TG 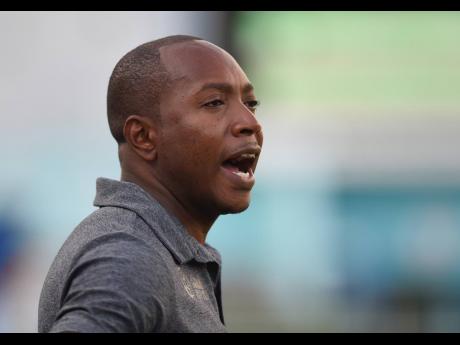 After losing his first two matches in charge, Tivoli Gardens’ new coach, Philip Williams, said it would take a little time for the players to get used to his coaching style and philosophy.

Williams, who made his mark in schoolboy football with St Andrew Technical High School (STATHS), seems to now be having the kind of impact the TG faithful had anticipated.

Since losing those two matches to Arnett Gardens and Mount Pleasant, respectively, the west Kingston club has not tasted defeat, taking seven points from their last three matches, which included a 3-2 win over leaders and champions Portmore United on Sunday in the Red Stripe Premier League.

Williams is hoping they can maintain this momentum and secure a playoffs berth.

“The boys are now understanding what I am expecting of them and how I want them to play. From day one, the respect that they showed me is great. They were very professional with their approach and very receptive to my methods, and yesterday’s (Sunday) game was just the fruit of the hard work we have been putting in for the last three weeks,” Williams said.

“We still have eyes on getting into the playoffs, and we will continue to put in the work until the last day of the competition, so we have not given up hope of making it to the playoffs and the guys are working towards that,” he continued.

Tivoli Gardens are three points behind UWI, who were down to play last night, and five behind Arnett Gardens and Williams admitted that they will need an element of luck if they are going to progress beyond the regular season.

“We just need to do what we have to do, and that is to win the three remaining games we have available. For us to be successful, we have to depend on the two teams or one of them that is in front of us to slip up. We just need to do what we must, and that is taking care of business, so at the end of the day, if it is not good enough to make the playoffs, we can say at least we tried. But we are not giving up hope of making the playoffs,” Williams said.

“We have been unlucky as we have played some good football without getting the results, but (against Portmore), we played good, and luck was on our side somewhat based on the chances that Portmore did not put away. Portmore are the champions and are a very good team, so to beat the champions is a morale booster. But football is a result oriented sport. It doesn’t matter how well you are playing. If you don’t have a certain amount of wins under your belt, your position might be in question, so the win yesterday (Sunday) was a plus, and I am happy for it, and so are the players,” he said.