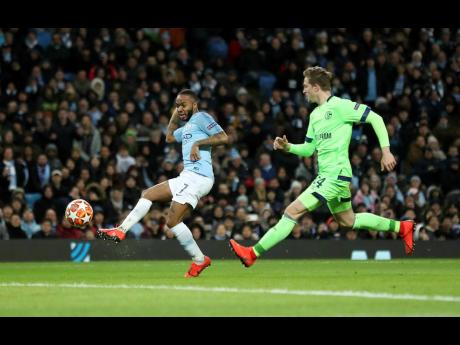 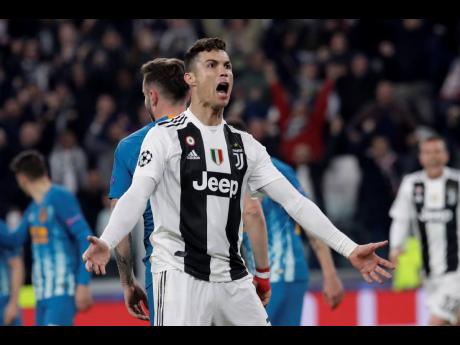 AP
Juventus’ Cristiano Ronaldo celebrates after scoring the opening goal during the Champions League round-of-16 second-leg match between Juventus and Atlético Madrid at the Allianz stadium in Turin, Italy, yesterday.
1
2

Cristiano Ronaldo scored his first hat-trick for Juventus to send the club into the Champions League quarter-finals with a 3-0 win over Atlético Madrid yesterday as the Italian side fought back from a two-goal first-leg defeat.

Ronaldo netted from open play in each half and then converted a late penalty as Juventus advanced 3-2 on aggregate, ending Atlético’s hopes of reaching the final in its Wanda Metropolitano Stadium.

It was Ronaldo’s eighth hat-trick in the competition, moving him level with Barcelona’s Lionel Messi and demonstrating why Juventus paid Real Madrid €112 million for the Portugal star, who has ­dominated the competition in recent years.

Ronaldo is looking for a fourth straight Champions League title, while Madrid were eliminated without him by Ajax last week.

Manchester City are also through to the final eight after routing Schalke 7-0 to progress 10-2 on aggregate.

Juventus thought they had taken the lead less than three minutes into the game but VAR confirmed that Ronaldo had fouled Atlético goalkeeper Jan Oblak before Giorgio Chiellini fired in the rebound.

Italy forward Federico Bernardeschi was handed a start instead of Paulo Dybala for Juventus, and he responded by putting in a cross from the left for Ronaldo to head in at the far post in the 27th minute. Bernardeschi also had several chances to extend Juve’s lead – notably with an audacious overhead kick in the 35th minute which flew narrowly over.

Ronaldo went close again shortly before half-time when he again outjumped everyone but headed Leonardo Spinazzola’s cross wide of the right post.

Ronaldo did get the second goal three minutes after the break. Joao Cancelo put in a cross from the right and although Oblak clawed Ronaldo’s header out from under his crossbar, goal-line technology confirmed the ball had crossed the line.

Juventus went all out attack and got the decisive third goal four ­minutes from time. Bernardeschi was nudged over in the penalty area and Ronaldo converted the resulting spot kick to send the home fans wild.