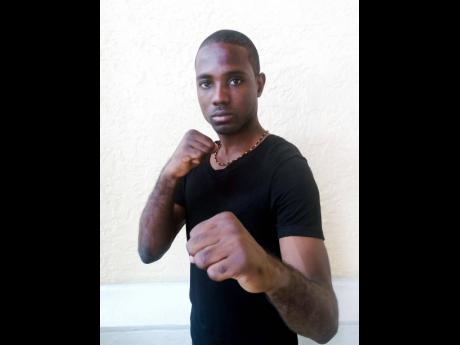 The league standings now read 2-1, with St George’s still out front, though shaken, after taking the lead in the first bout but pegged back when their biggest star, black-stripe Ryan Robinson, fell to a blue belt, Daniel White, pulling JC level at 1-1.

Another St George’s pin fell, Damarc Henry, sending JC ahead 2-1, before experienced Miguel Hamilton leveled the score at 2-2. However, JC had their trump card saved for last, Justin Brown, who stopped Jahvin Ashley to give the Old Hope Road-based JC a famous victory against St George’s.

Smith now fights out of a new unit started by his father, Wayne Smith, former St George’s coach, now head of International Taekwondo Federation (ITF) Tong-Il Do Jamaica, aligned to the North Korean organisation, which deems itself the original ITF, as opposed to the Spain-based ITF.

One man who didn’t seem to mind St George’s College’s issues was Jamaica College’s, Ackeem Lawrence, who, in addition to watching his young side take out the Light Blues, picked up two individual gold medals – black-belt patterns and lightweight sparring.

“I am happy my team won. However, we still have so much more to do to claim the spot as top of the high-school division. I have many young guys working with. They are good guys, in terms of talent, but there is much work to do,” Lawrence said, looking forward to the fourth round at the First Zendo Karate Open later this month at the University of Technology.