Dalton Myers | Much to consider on IAAF changes 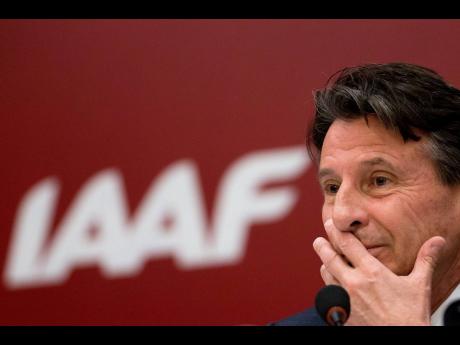 The IAAF council meeting, which ended in Doha last week, has given us a lot to digest, particularly the impact announced changes will have on countries like Jamaica and the wider athletics world. In case you missed it, the IAAF has ratified a range of changes to its competition regulations leading up to Tokyo 2020 and beyond.

The IAAF is trying to find ways to ensure that its competitions remain relevant; and can attract the kind of sponsorship that FIFA and IOC garner for their major competitions, or at least remain financially viable.

Firstly, there’s a new global ranking system, which will assign points to athletes’ performances based on the level and type of competition where the result was attained. Athletes will then be ranked based on average points. Some argue that this is a better approach than previous rankings, which solely depended on an athlete’s best performance. A weighted average makes it easier to assess ranking based on consistency. It nullifies the tactic of athletes competing on a ‘fast’ track to get a fast time but never being able to repeat it, and yet being ranked above athletes, who were consistently doing better at major meets.

This also means that locally, we must ensure that our facilities and equipment are of the highest standards, as events are also ranked. So far, in 2019, the Gibson McCook Relays is ranked third globally, while the John Wolmer Invitational is the fourth-best of 78 ranked meets so far, with 75,158 points. Obviously, this will change as time progresses.

Additionally, effective 2020, the IAAF will be making significant changes to the structure of the Diamond League, including fewer meetings (now 12, down from 14-16), while there is only one final, replacing the Zurich and Brussels finales. Fewer events will be contested on the day, from 26 to 24 (12 men and 12 women) with the meeting being shortened from 2 hours to 90 minutes.

This is obviously for broadcast purposes. This does not prevent organisers from having a longer meet and/or having more events, but the Diamond League section will observe those restrictions. Then there’s the controversial cap on distance events, where the IAAF will have no event longer than 3,000m as part of the Diamond League package.

Several persons have criticised the IAAF changes, and argue that they will do more harm than good. I believe their points are valid to some extent, especially those of the long-distance runners. The move also takes away from the African countries, who are dominant in such events. However, the harsh reality is that most persons watch the start of these races and then maybe the last 1, 200 metres.

In fact, several viewers may use the time to break and attend to other things, while spectators tend to use the time to refresh themselves and return for the remainder of the event. So, from a TV and sponsorship point of view, it may not be viable.

There is still uncertainty surrounding which other events will be removed from the Diamond League programme and how that decision will be made.

Then there’s the Tokyo 2020 qualification process, which has many persons talking. The IAAF has decided to use a dual qualification method.

The period was adjusted to accommodate more meets such as Diamond League and IAAF World Challenge meets. The IAAF standards are set noticeably higher than normal.

The IAAF argues that their goal is to have 50 per cent of total athletes qualifying by meeting the new standards and the other 50 per cent from the new ranking system. This will be a concern for many in the Caribbean, as the times for the sprints, especially, will be challenging.

There are several other changes but these I mentioned above will be discussed for some time to come.

The truth is that there is a lot more surrounding these issues and most of these changes may just be the business of sport decisions rather than talent identification and development, but only time will tell.