How deep is your love? - Boyz manager wants UK-born players to do more if they wish to represent Jamaica 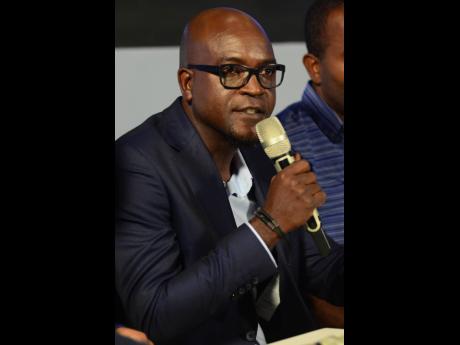 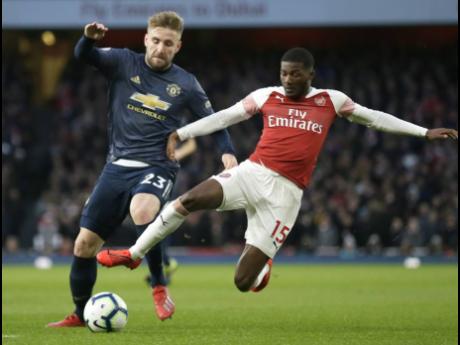 Reggae Boyz team manager Roy Simpson has revealed that a number of players now showing exceptional form in the English Premier League (EPL) have in the past expressed an interest in donning the Jamaican colours but have failed to complete the process of eligibility. One such player with Jamaican roots is Arsenal FC’s Arsenal right-back, Ainsley Maitland-Niles. Maitland-Niles was one of the stand-out players in Arsenal’s recent 2-0 league win over Manchester United. He then scored against French club Rennes as Arsenal wiped out a 3-1 away deficit with a 3-0 win at home. This latter victory ensured that the Gunners advanced to the last eight of the Europa League, UEFA’s second-level competition. Simpson said that Maitland-Niles, along with other English-born players of Jamaican descent, sometimes make initial contact but they rarely follow through, and the JFF would like to see some effort by the players to take the initiative in getting the process of obtaining a Jamaican passport started.

“Ainsley Maitland-Niles’ interest was expressed during Winfried Schäfer’s time with the Reggae Boyz,” Simpson said. “And we encouraged him, and others, that if they are interested ‘let’s start the process to get eligible.’ “But the thing with most (of these players) is they want to come and play an international friendly, not necessarily to be capped, just only to see what the set-up is like. But we are saying, if you are serious and you know you can contribute to what we are doing and what we want to achieve, then start the process for your eligibility,” Simpson reasoned.

“What we want is ... if a player is interested, we are hoping he starts the process, and if there is an issue to complete the process, we are able and willing to assist but to say you are interested and do not initiate the process means nothing,” he continued.

Although Simpson strongly believes that securing the services of players of the quality of 21-year-old Maitland-Niles would greatly improve the Jamaican squad, he believes that the approach of some of the overseas-born players to playing for Jamaica is wrong.

“It (wanting to play in friendlies first) is the general sentiment of players who are eligible through descent. But we don’t have those kinds of resources, and we don’t play a great number of games for players to come with the aim of just getting a feel of what is happening.

“We know of a number of other players of Jamaican descent like Newcastle’s loanee to Sheffield Wednesday Ronaldo Aaron, Cardiff City’s Bobby Reid and Watford striker Troy Deeney. I have documents for Deeney from Schäfer’s time here. He gave the impression that he was interested, that he wanted to play and then nothing. Some (players) believe that once they say they want to play, it’s automatic, but it’s a process. So let’s start the process because sometimes these processes can take a long time. So let’s start it and let’s get it over,” he said.