No Girlz, no coach! - Impasse remains between Reggae Girlz coaches and JFF 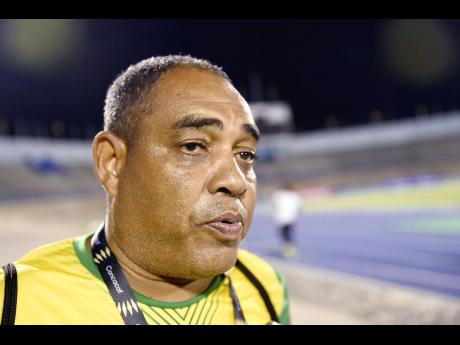 National senior women’s football team head coach Hue Menzies said that he and members of his coaching staff will not discuss contractual arrangements being offered to them by the Jamaica Football Federation (JFF) until the players’ deals are first finalised.

Menzies confirmed that both coaches and players have received their contract offers from the JFF but said that the players were less than pleased with the federation’s offer. As such, they have sought the service of an agent to help negotiate better terms ahead of their historic berth in the FIFA Women’s World Cup in France this June.

“We are negotiating right now. The players got them (contracts) but didn’t like what they saw, so they have got some agent to represent them,” Menzies told The Gleaner. “One (agent) represents everybody. We want to make sure the girls are taken care of first, so we are not even looking at our contracts. Once the kids get theirs, we will look at it,” he declared.

With 79 days to the start of the World Cup, Menzies said it would be ideal if the situation is sorted before the team travels for its international friendly against hosts South Africa on April 7.

“The players have been promised they will be compensated since October, and now it’s March, so you can’t go and tell the kids you’re going to pay them and you don’t pay them, they have to take a stance,” he said. “I hope the lawyers are in contact with them and have gathered all the information, but I should get some update (today).”

Menzies’ staff received their contract offers last week but have not yet met as a collective to discuss the clauses.

“We haven’t had a conference call as yet,” Menzies said. “Normally, we do it on a Wednesday, but I couldn’t do it (tomorrow), so we will do it on Friday. But I haven’t looked at it. When the last player is taken care of, then I will look at mine. I haven’t been paid for four and a half years, so what is one contract? They should know the reason I am doing this is for the country,” he continued.

“The reason we requested a contract for the staff is because if we leave, there will be something for the next persons coming in. We are fortunate to be in a situation where we can volunteer our time.

You have to start paying somebody for it, especially when you get money from FIFA.

“You can’t just get money and do what you want. It’s there for the women’s programme, so that’s how you got to use it.”

JFF president Michael Ricketts said that although he does not know their agent, he is patiently awaiting an official response from the Girlz.