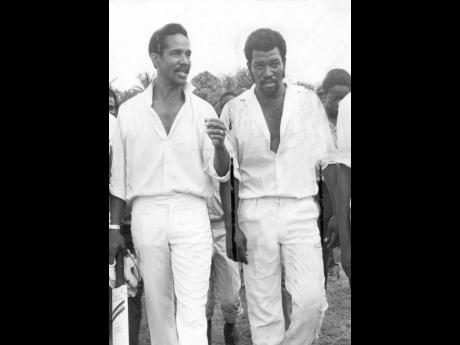 The Jamaica Cricket Association (JCA) has expressed its profound sadness at Monday’s brutal murder of former national cricketer, 70-year-old William Haye. In a statement yesterday, JCA Chief Executive Officer Courtney Francis said: “This is shocking news; our thoughts and prayers are with his family, close friends and associates in this their period of grief. The circumstances around his death, as reported in the media, are beyond unfortunate. We encourage anyone with information which may be useful to the police in their investigations to come forward.

“Mr Haye served Jamaica with pride and performed creditably at different points in his early cricket career for the parishes of St Catherine and Clarendon. The JCA will use the opportunity provided in the next round of the 2019 Senior Cup to show its respect for the life of Mr Haye.”

According to reports from Comfort district in Clarendon, Haye was shot and chopped to death and his house set ablaze.

Born September 15, 1948, Haye, a fast-medium bowler and attacking lower-order batsman for Jamaica during the 1970s, played for several communities in the parish, such as New Yarmouth and Sevens Estate. He took six wickets in seven matches for the national team and scored 198 runs with a top score of 60. Councillor for the Comfort division, Uphell Purcell, in expressing sadness at Haye’s death, described him as a “very kind-hearted and humble man”.

“I cannot believe that men could have gone to Mr Haye’s home and brutally taken his life like that. It is unbelievable,” he said, stating that the community and the entire parish are now mourning the loss.

Purcell said Haye preached peace at every ­opportunity that he got. The councillor called on the police to swiftly bring his killers to justice.