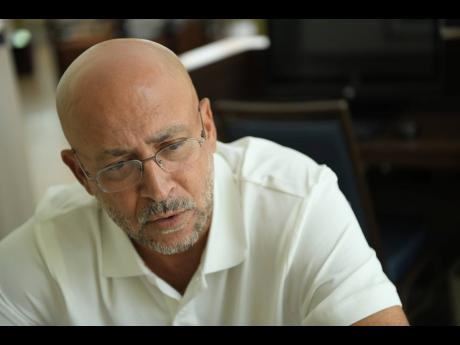 “With Mr Skerritt’s experience, my personal knowledge of him, and his commitment and dedication to West Indies cricket over the years, I fully endorse his candidacy and firmly believe that with the support of his board, his vision for taking West Indies cricket forward will bear fruit,” said Lloyd, also a former West Indies team manager.

“The late former president and West Indies opening batsman, Alan Rae, whom I admired greatly, was a formidable president who worked tirelessly using his own funds to keep West Indies cricket at the top of world cricket.

A two-time World Cup-winning skipper and former chairman of selectors, Lloyd pointed to Skerritt’s Cricket First Plan, which he said was “built on inclusiveness, integrity, and development”.

In addition, Skerritt and Shallow have proposed term limits on the office of the president, a move that Lloyd also threw his ­support behind.

“We need a fixed term period of office for the presidency of three or four years. In America, it does not matter how effective or successful you are, you can only serve two terms,” he said.

The outspoken Roberts, meanwhile, said Skerritt and Shallow had convinced him that they would be unifying figures and would bring the change so badly required to halt the decline in West Indies cricket.

“Over the last 25 years, West Indies cricket has been steadily declining. In the last [five to 10] years, the administration has declined rapidly – so much confusions with players, past and present and West Indian-born coaches,” said Roberts, part of Lloyd’s fearsome pace battery of the 1970s and ’80s.

“We need a change at the top, so that is why I’m endorsing Ricky Skerritt and Kishore Shallow as president and vice-president of our cricket.

“They have assured me that they will work with all relevant stakeholders in the region to make sure they get the best out of the region so that our cricket can move forward and back to a position of respectability. At the moment, it is not there,” Roberts added.

The latest endorsements add to the groundswell of support for Skerritt and Shallow, who have already got the thumbs up from St Vincent and the Grenadines’ Prime Minister Ralph Gonsalves.

However, the pair will need to secure at least seven of the 12 votes up for grabs from the six territorial boards in order to prevent Cameron and the vice-president, Emmanuel Nanthan, from securing a fourth straight term.

The Jamaica Cricket Association has said that they will hear from both parties before making a ­decision on who to support.