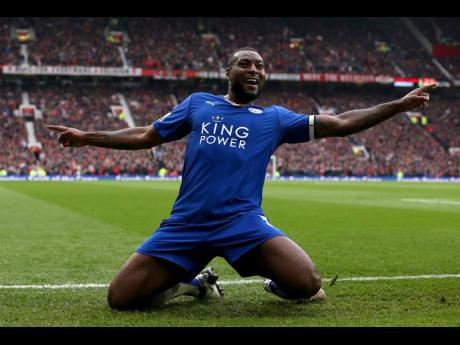 The 35-year-old entered last Saturday’s contest at Turf Moor with doubt over his future, especially with his contract due to expire in the summer, but the latest deal will now see him remain at the East Midlands outfit until June 2020.

“It means a lot to me,” said Morgan, who joined the Foxes seven years ago from Nottingham Forest and is now the club captain.

“We’ve been through so many ups and downs together as a football club, and I’ve been right at the heart of it from the very beginning, so to extend my time here means very much to me and I’m very happy.”

Morgan, who played every minute of Leicester’s extraordinary title-winning season in 2016, was benched following manager Brendan Rodgers’ arrival three weeks ago, leading to speculation over his future.

But following Morgan’s heroics at the weekend, Rodgers indicated that the defender was still a part of his future plans, albeit in a reduced role.

Morgan, who has already made 292 appearances for Leicester, said the club’s star was continuing to rise.

“I can see a very, very bright future for Leicester City,” said Morgan, who has been capped 30 times by the Reggae Boyz.

“We’ve got a lot of young ­players who have so much potential and even the current players we’ve got, we’ve got so much experience, we’ve been through it all and we can help the younger players to achieve their full potential.”

Morgan was an unexpected fourth-minute substitute against Burnley, ­following the sending off of England’s Harry Maguire.

And after leading a heroic defensive display for the visitors, he broke the 1-1 deadlock in the 90th minute when he produced a powerful header from Youri Tielemans’ cross.