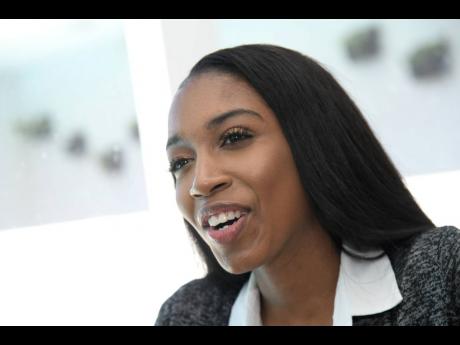 While many local student athletes dream of going on to achieve success at the professional level for themselves and country, there are others who view their participation in sports as an avenue to get into a university and gain qualification for various careers outside of sports.

Krista Forbes, founder of College Pro Academy, specialises in helping to find scholarships for these often overlooked athletes, whom she describes as ‘slept on.’

In her time as a sprint hurdler and long jumper for Campion College, and also Immaculate Conception High School, Forbes said she was not very prolific on the track and it was difficult for her, at first, to gain attention from college coaches. This understanding of the difficulties lesser regarded athletes have in finding scholarship is what led to her starting her own business.

However, she said that in going after scholarships, many athletes are not aware of how to properly attract attention from colleges and universities. She uses a three-tiered pyramid structure to categorise schools.

“At the top, there are the schools like the Clemsons, the Tennessees, the Arkansas, and these go after the kids who are probably winning at Champs (ISSA/GraceKennedy Boys and Girls’ Championships) and breaking records,” Forbes told The Gleaner.

“The schools at the bottom of the pyramid are equally competitive but have a different focus. They look for kids who will do really well in their conference.”

Within these tiers, Forbes said that head coaches will prepare various offers for students, but warns athletes about doing due diligence whenever they are contacted. She chose quirky names for these types of offers, that her athletes will not quickly forget.

The first of these is the ‘scary stepmom,’ which offers unclear terms for recruitment.

“Kids get that and think ‘Oh my God, this is the only one I can get; I better take it and work hard. Huge mistake,” she said. “You don’t know what more or better means. It’s really vague and there’s no contract.”

The second is the prince charming. Forbes said an offer like this comes unexpectedly and presents very enticing terms as long as an immediate acceptance is agreed. However, it does not usually offer a tour of the school to see its facilities.

“They try to lock you into an offer with a letter of intent,” Forbes said. “Once you’ve signed that, you can’t talk to any other coaches. The process is over and you’re going to that school because the contract is between you and the school.”

She calls the third a golden egg offer.

“It’s exactly what you’re looking for,” she said. “The coach puts time and effort into getting to know you, to make you the right offer based on your situation. It doesn’t have to be about scholarship money. It’s about the classes they offer, the facilities and the coaching. ”

Forbes said another mistake student athletes make is sitting and waiting for offers.

“You need to go and find them yourselves,” she said. “I made that same mistake. I sat and waited because I thought I had to. I thought ‘How dare you go and call a college coach before he calls you?’” But how are they going to find you, especially as an international student. You’re competing with other countries apart from the US that produces great talent. You are fighting for these very limited scholarships. How is this coach going to find you, especially if you’re not a Michael O’Hara or a Christopher Taylor?”