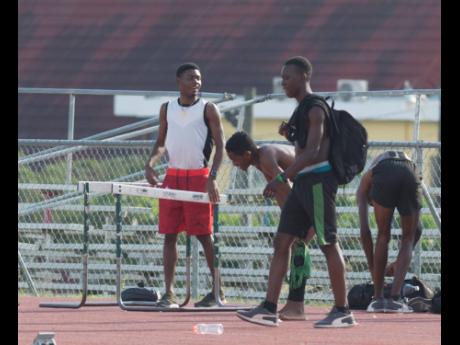 Keith Wellington, vice president of the Inter-secondary Schools Sports Association (ISSA), says that the Calabar High athletes who have been implicated in an alleged assault matter with a teacher at their school can compete at the 2019 ISSA/GraceKennedy Boys and Girls’ Athletics Championship scheduled for next week.

The teacher is threatening to press charges against the athletes for physically assaulting him in December of last year after, according to him, the school failed to properly discipline the student/athletes.

But even if the charges are laid out against the athletes, who are expected to play key roles in Calabar’s title defence, Wellington says that the governing body does not have any grounds to prevent them from participating at the championships.

“If they have been charged but not convicted and remain students, then they are allowed to compete. I am not aware of any precedence but I think they should be allowed to compete at the championships. I do not think that the governing body can say that they can’t participate,” Wellington explained.

The disgruntled teacher released a media advisory after one of the athletes was allowed to compete at the Digicel Grand Prix final while serving a suspension for the matter.

But Wellington, who is the principal for St Elizabeth Technical High school, says athletes can be allowed to compete while serving suspensions.

“The school would determine the terms of the suspension and if they say that they can compete while on suspension then there is nothing that ISSA can do about it,” Wellington said.

But Don Wehby, CEO of GraceKennedy, the title sponsors of Boys and Girls’ Athletics Championships, told The Gleaner that his company will be treating the matter seriously.

But the chairman of the school’s board Karl Johnson believes the incident will fuel the team to win their eighth straight title.

“What I can tell you is that I would be very surprised if this does anything but provide greater motivation [to the Champs team],” he said.