Tanya Lee | Could it be title number 32 for Kingston College? 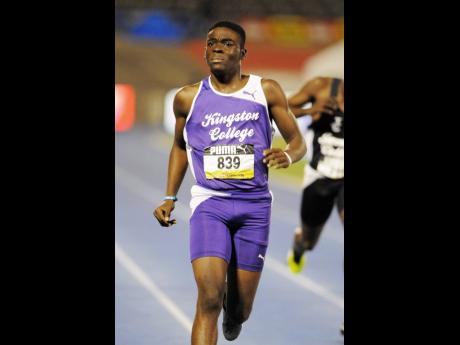 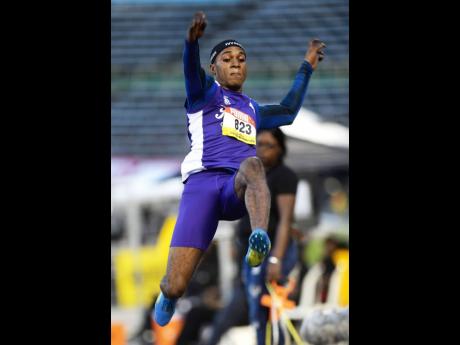 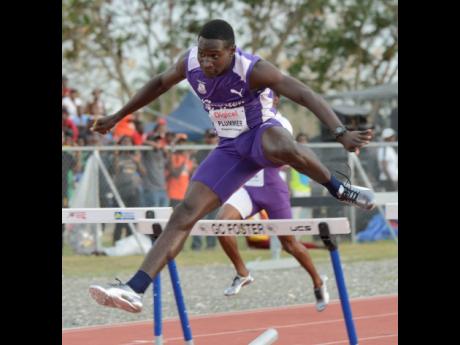 In 2009, Andre Peart ran a courageous anchor leg in the 4x400 metres relay final and was fifth for Kingston College (KC) who then garnered enough points for their record 31st Boys’ Champs title.

That was ten years ago, and since then, Wolmer’s Boys, Jamaica College, and Calabar High have all tasted victory, with Calabar taking the Mortimer Geddes Trophy to Red Hills Road every year since 2012.

Fast-forward to Boys ‘ Champs 2019 in a week, and there’s a feeling Kingston College’s wait for title number 32 may finally be over.

Kingston College has put together a strong cast equipped to challenge, and possibly beat, Calabar at Boys’ Champs 2019.

Kingston College emphatically won the Corporate Area Championships two weeks ago and the Digicel Grand Prix Finals last Saturday to earn the favourites’ tag with one week to go.

But based on past misfortunes, KC will not likely shout this from the rooftop. Memories still linger of 2015, under then-head coach Neil Harrison, when KC prepared a squad capable of toppling Calabar only to fall short by 15 points.

In 2017, again with Harrison at the helm, the North Street boys were overwhelming favourites but came up short by a mere point and a half.

As a KC supporter, that’s one of the saddest days I’ve experienced in the sport.

But this year, KC have looked sharp in all classes and from some previously unlikely quarters.

One of those quarters is the hurdles. KC’s significant improvement in the events’ overall classes is thanks to Rhansome Edwards, formerly of Vere Technical, Manchester High and St Jago High, whose cadre of hurdlers are likely to score close to or more than 50 points from March 26-30, a massive improvement on the 15 points KC scored in 2018.

Over in the field, all eyes will focus on the long jump pit as defending Class One champion Wayne Pinnock has been making waves all season, becoming the first high-school boy to jump eight metres, albeit wind-assisted, on two previous occasions. The 17-year-old World Under-20 bronze medallist jumped 8.14m at the Gibson McCook Relays. He is in pole position to break the Boys’ Champs record of 7.87m set by Leon Gordon of Vere Technical 16 years ago.

KC are eyeing a quinella in the event, with Shaquille Lowe, a 7.75m jumper, a massive favourite for second place.

In Class Two discus, Ralford Mullings has been outstanding this season with a 61.85-metre effort at the Corporate Area Championships.

And in the marquee event, the 100m, Terrique Stennett is expected to take care of business in Class Two. Stennett ran 10.37, the joint fastest time by a first-year Class Two athlete, in 2018. With a 10.48 run at the Digicel Grand Finals, Stennett has now shown himself as the man to beat.

While Kingston College have the quality to win Boys’ Champs title number 32 and topple Calabar’s dynasty, Calabar’s main weapon above their rivals is the mental fortitude they bring to the party.

Whether KC can outlast the champions over five days of gruelling competition is left to be seen.

We will find out March 26-30 when all roads will lead to the National Stadium.

When the smoke clears, the fans of the purple and white are hoping it is Kingston College that stand tall in both football and athletics.

Tanya Lee is a Caribbean sports marketing practitioner and can be reached at Tanyatlee@gmail.com.