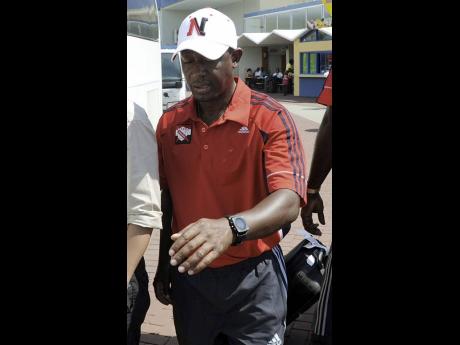 The 50-year-old Latapy, a previous T&T head coach who has also had spells as assistant coach at Boavista in Portugal and Inverness Caledonian in Scotland, will oversee his first match in charge when Barbados host Nicaragua in a crucial CONCACAF Nations League qualifier here Sunday.

“Mr Latapy and I have been talking for the past two years about the possibility of him working in Barbados,” Barbados Football Association president, Randy Harris, told a media conference.

“It is not just a situation of Russell looking for a job; he has been very interested in our team and its development. He is happy with the talent that we have in Barbados, and he believes that he can take it to the next level.

“I think that he has convinced me that he would play a significant role in the successes of Barbados’ team now and in the future.”

Latapy was a member of the famous Strike Squad that narrowly missed out on qualification for the 1990 World Cup but was part of the historic side that qualified for the 2006 World Cup in Germany. Following his retirement, he was appointed T&T head coach in 2009, succeeding Colombian Francisco Maturana.

In Scotland, he played for top sides Rangers and Hibernian, along with Dundee and Falkirk, before winding down his club career.

Latapy said he was looking forward to imparting his extensive knowledge to the Barbadian players.

“I have spoken to the technical director watching the game they played a few weeks ago, and I am happy to say that we have a bunch of players who are talented and not only talented, but they are prepared to work very hard,” Latapy said.

“And I think for any coach, if you have a team that is willing to work hard, then that is half of the battle done.”

He continued: “I would do my best to improve the level of the team and whatever I can do to assist in the improvement of Barbados’ football, and that would improve football in the region in general.