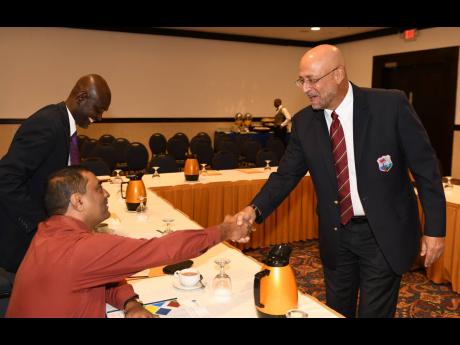 Newly elected president of Cricket West Indies, Ricky Skerritt, said that his first order of business in his new role is to revamp the association’s High Performance Centre (HPC). The 62-year-old defeated incumbent Dave Cameron of Jamaica, 8-4 during the highly anticipated annual general meeting at The Jamaica Pegasus hotel in St Andrew yesterday.

The Kittitian had campaigned on the need for greater transparency, commitment, and the promise that his leadership style would bring about governance, performance, and principle to push West Indies cricket forward.

“Our first order of business includes one of our 10-point plan, which is the HPC,” Skerritt said. “We believe that the HPC and all of grass-roots cricket leads into helping young people to become professionals and creates a greater cadre of potential international players. We will start work on that right away.”

Skerritt said that he was surprised by his margin of victory but added that he is now ready to move West Indies cricket forward.

“We have been spreading the message, which we knew had been getting on to fertile soil,” he said. “We really didn’t come in here with hard guarantees of votes, but we figured we would get six, and we would have been happy if we had got seven.”