Clash of the titans: Byfield vs Smith 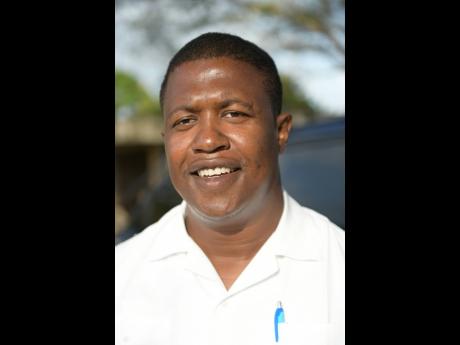 As ISSA prepared to stage the second merged Boys and Girls’ Championships, two throwers stood heads and shoulders over the rest – Orville Byfield of Kingston College and Maurice Smith of Calabar. The scene had been set by two epic clashes in the 1999 Class 1 shot put and discus. In 2000, they stood face to face for the last time as schoolboys.

Smith was a giant with long arms and wing span to match, while Byfield was more compact and powerful. Their physiques suggested supremacy for Smith in the discus and that Byfield would be on top in the shot, but in 1999, the KC thrower divested Smith of his discus title with a record 55.04- metre throw. Byfield finished ahead of Smith in the shot put too but they took silver and bronze as Denvil Warmington, a tall boy from Morant Bay High School, turned the rankings upside down.

Their battles captured the attention of even the staunchest of sprint fans perhaps because of the schools they attended, and the interest escalated as Champs 2000 approached.

The smart money was on Byfield, as Smith was also in the heptathlon and that 7-in-1 two day test overlapped with the Class One discus on the schedule.

Coached by consummate technician Noel White, Smith didn’t read the script and regained his discus title with a bomb measured at 57.08 metres – a record and the longest throw of the season. Byfield, a big meet performer wasn’t far off his old record, but his mark of 54.38m left him adrift.

In a commanding performance, Smith hinted at his future success in the decathlon and defended his heptathlon title.

As both were outgoing seniors, the shot would be their final Champs showdown.

The graduated Warmington was gone, but cast in the role of upsetter was Dwayne Henclewood of St George’s College. Byfield has the longest throw of the season at 17.15m but had twice been beaten by the Georgian.

All three threw past Warmington’s 1999 winning mark of 16.02 metres but with Henclewood third at 16.14m. Smith beat that mark but had to be satisfied with the silver. Fifth when the final round began, Byfield got simple instructions from coach Michael Vassell. “You got yourself into this”, he said. “Now, you must get yourself out of it”, the coach remembered when consulted on March 22. Like a champion, Byfield boomed his last throw 16.30 metres to beat Smith’s best of 16.22m. This rivalry ushered in a period of advancement for the throws and sent Smith and Byfield out into the world. Both have done well.

Byfield is a respected track and field coach, who has shared his knowledge at Kingston College and Hydel High School with throwers and jumpers.

Smith’s throwing ability served him well in the years to come. In 2004, he finished ninth in the decathlon at the Athens Olympics. Three years later, he won the silver medal at the World Championships. Contending for gold against Czech superstar Roman Sebrle, Smith piled up a national record of 8644 points. Their rivalry put throwing on centre stage and paved the way for today’s success. More than that, in a testimony about the intensity of their encounters, fans still talk about them today.