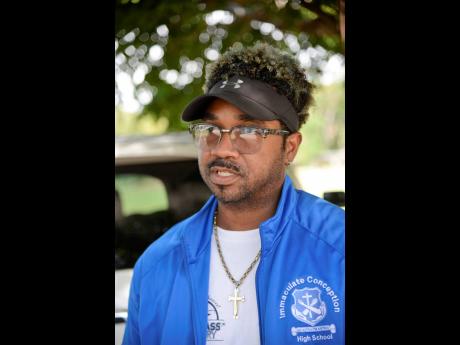 For the past two seasons, the girls from Excelsior High school have ruled supreme among Corporate Area schools at the ISSA/GraceKennedy Boys and Girls’ Athletics Championships after sixth placed finishes on both occasions.

In 2018 they missed the top five by three points, after totalling 103.5 points to Vere Technical’s 106.5 points. However, this time around, they are going to find the going very tough with Immaculate Conception High providing a threat to the Mountain View Avenue-based school’s Corporate Area dominance.

After their big win over their rivals at the Digicel/Anthrick Corporate Area Development Meet, many thought it would have been a mere formality for Excelsior to finish ahead of the Franz Ford-coached Immaculate at Champs.

However, this will not be the case, as Excelsior will not enjoy as much success at Champs in events that they dominated at the Corporate Area meet, particularly in the middle distance events. In fact, they will find it hard to even make it to the finals in many of these events at the big show.

With their strong Class Four team led by Jounee Armstrong, Immaculate arrived at Champs 2019 with more likely points than the ‘Age Animo’ clan. Others like Lori Choy and Tori Bryan should help to shore up these expected Immaculate points, along with their strong 4x100m relay team where they are favourites for the gold medal.

Onanda Lowe in Class Three along with their throwers in Class Two and one are expected to be among the points with Immaculate projected to finish overall with 57 points, which should put them in the top eight. Excelsior will be relying on their outstanding Class Two sprint hurdler Ackera Nugent to lead their charge for points.

Teammate Shantae Foreman should score well in the high jump and long jump in the class. Besides those two, their next best bet for points will come from Class One thrower, Adrienne Adams.

Overall a maximum 50 points is on the card for a Excelsior team, which seem likely to surrender the Corporate Area bragging rights among the girls this year.