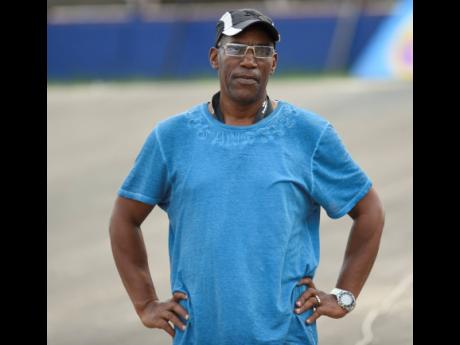 Denham Town High School coach Junior Forbes says that he is expecting outstanding performances from the institution’s two representatives at this year’s ISSA/Gracekennedy Boys and Girls’ Athletics Championships at the National Stadium.

Forbes told The Gleaner that both athletes have made the school community very proud and that they are expecting great things from them at the Championships.

“This is historic for Denham Town because this is the first time for us at Boys’ Championships after all these years,” said Forbes.

“I have trained four boys from Denham Town, three qualified for Champs, but I have only taken two because these qualified with the A standard,” he added.

The coach, who is expecting at least one of his athletes to qualify for a final, shared that the boys’ achievements have also given hope to the community.

“These boys have given the school a lot of hope coming into Champs because I am sure that Ascot will make it into the Class One 400m final,” Forbes said.

He added that both athletes have become role models for their peers, and a lot more kids at the school are now getting involved in track and field.

“I feel great about this because it brings new life to this area where the school is located,” said Forbes. “It is not just about Manning Cup for Denham Town any more. It is also track and field now, and competing at a big events like Boys and Girls’ Championships is a tremendous achievement for Denham Town.”

The veteran coach noted that despite the limited resources, both athletes are determined to make the school community and their family proud.

“The community is feeling great about these kids, and I tell you, I not only coached them, but I also sponsored them with the little help that we get from the school. We appreciate it,” said Forbes.

“Going forward for 2020, we are looking to have a better team and better effort with both Tivoli Gardens and Denham Town because I train both schools together,” he said.