Seeing double at Champs - Twins set to dominate at 2019 event 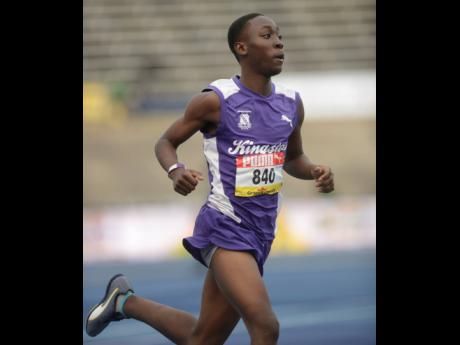 OVER the years, the ISSA/GraceKennedy Boys and Girls’ Athletics Championships have been graced with the presence of twins of both sexes making their mark at the championships.

The likes of Camperdown High School’s Maxine and Marlene Dawkins and Carlene and Camille Robinson quickly come to mind.

This year’s championships will see four sets of twins competing, and all eight arrived at the event with strong chances of making the finals in their respective events, and, in some cases, are expected to secure spots on the medal podium.

Leading the charge will be Edwin Allen’s sprinting siblings Tia and Tina Clayton, who will be competing in the 100m and 200m, with both impressing all season and looking set to give the defending champions valuable points. The pair arrived at the National Stadium at the start of the championships with the fastest times in both events – Tia with 11.37 seconds in the 100m and Tina with 23.25 seconds in the 200m; personal best times for both.

They are also expected to help their team with maximum points in the 4x100m after a season best of 44.59 seconds, which, of course, makes the team from Frankfield the only team under 45 seconds in the class this season.

Alisha has so far qualified for two finals after a 45.39m in the discus and 12.21m effort in the shot put.

Kingston College’s Gianni and Giovouni Henry look set to lead their team’s charge in the middle distance as both are down to compete in the 800m and 1500m for Class Two boys. Both have already made their presence felt at the championships after qualifying for the semi-finals of the 800m and finals of the 1500m with top-three times.

Shamar and Jamer Pearce will line up for Petersfield in the Class Two boys 400m hurdles, where both athletes have been very consistent all season and one could be among the finalists.