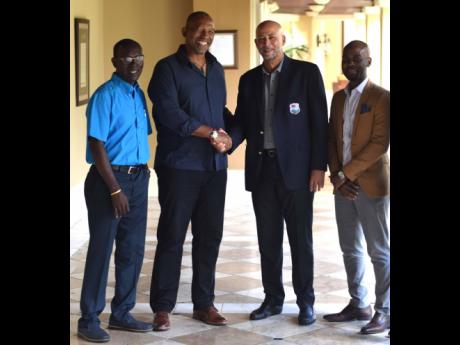 In his first act as CWI president after unseating three-term incumbent Dave Cameron last Sunday, Ricky Skerritt announced that the regional governing body had reached “an amicable resolution” with the former West Indies player, who was axed three years ago under controversial circumstances.

Antigua’s Industrial Court heard the matter on Tuesday, and Skerritt had hinted ahead of the hearing that CWI was ready to settle.

No figure was given by CWI, but media reports earlier this month said Simmons was claiming in excess of US$300,000.

The claim for damages had been held up in court as CWI, even though admitting liability, refused to settle. Cameron revealed last week that “the number he (Simmons) is asking for is too high”.

However, Skerritt said the move by CWI was in keeping with his Cricket First Plan, which, among other things, pledged to “repair stakeholder relationships, particularly with former players”.

Skerritt also followed through on his promise to make a formal apology to Simmons over recent comments made by Cameron labelling Simmons’ appointment “a bad decision”.

“We would like to apologise to you for referring to your appointment as a ‘mistake’. Cricket West Indies did not make a mistake when we selected you as our head coach,” Skerritt said following a meeting with Simmons here Monday, which also involved his vice-president, Dr Kishore Shallow.

“In my previous role as CWI independent director, I was involved in the interview panel that recruited Phil Simmons from a long list of competitors, and he was the best candidate.

“Subsequently, based on the results he produced on the field, he proved himself to be a very competent coach in his time with West Indies, winning the World T20 in 2016 and now currently with Afghanistan,” Skerritt said.

Simmons, appointed following the 2015 World Cup, lasted a little more over a year before he was sacked six months after overseeing the Windies capture of the 2016 T20 World Cup in India, for what CWI labelled “differences in culture and strategic approach”.