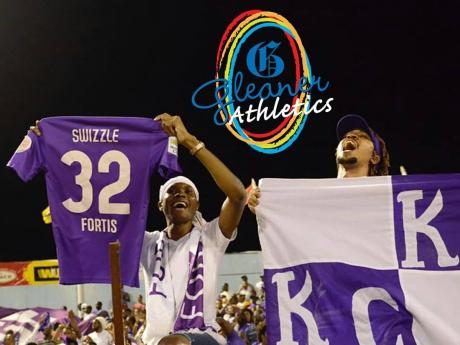 KC, who last won the title 2009, tallied 395.50 points - the most ever in the history of the championships, to comfortably win ahead of dethroned champions Calabar, who ended second on 313 points. 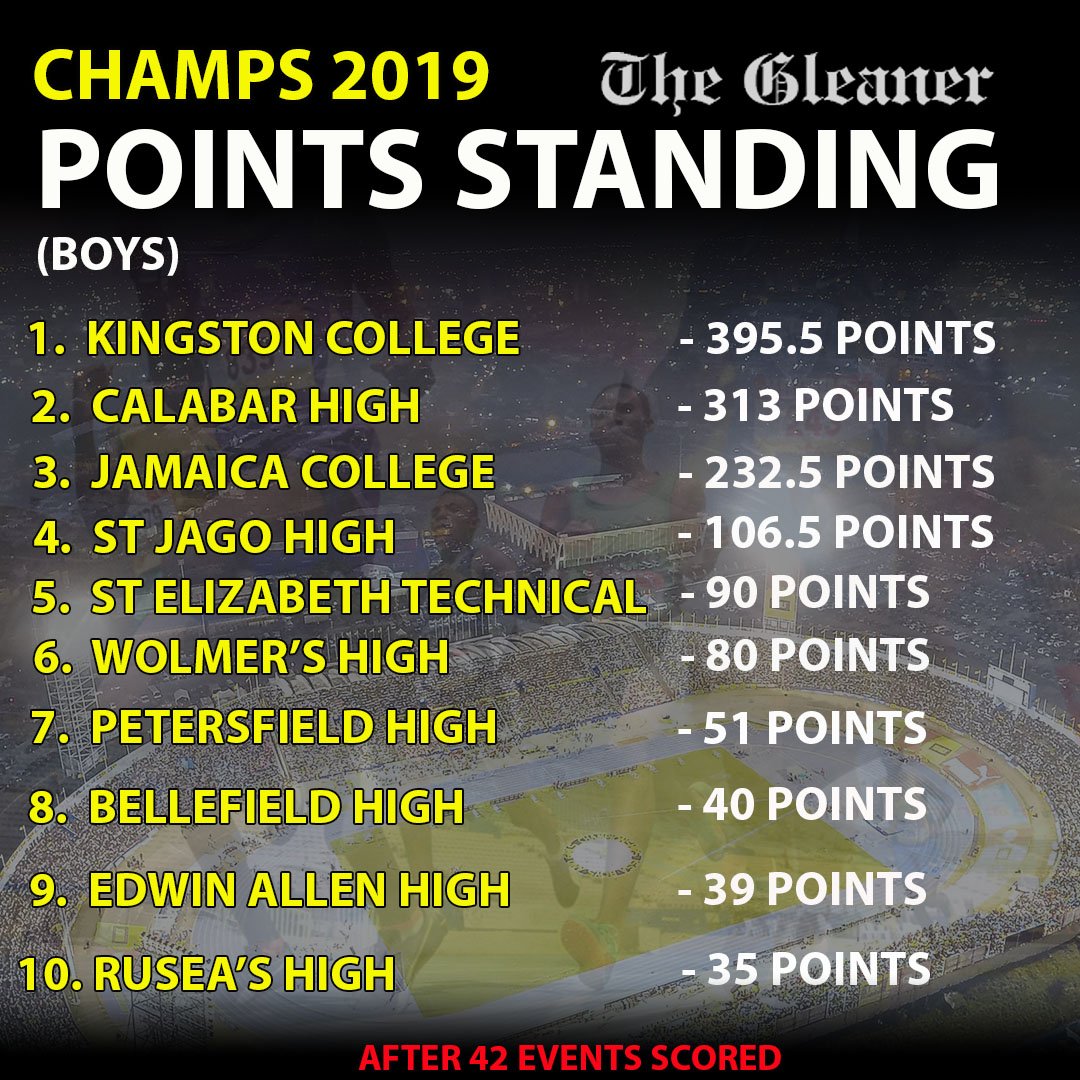 Jamaica College are building nicely, but they again had to settle for third after finishing with 232.50 points with St Jago 106.50 points and St Elizabeth Technical 90 points completing the top five. 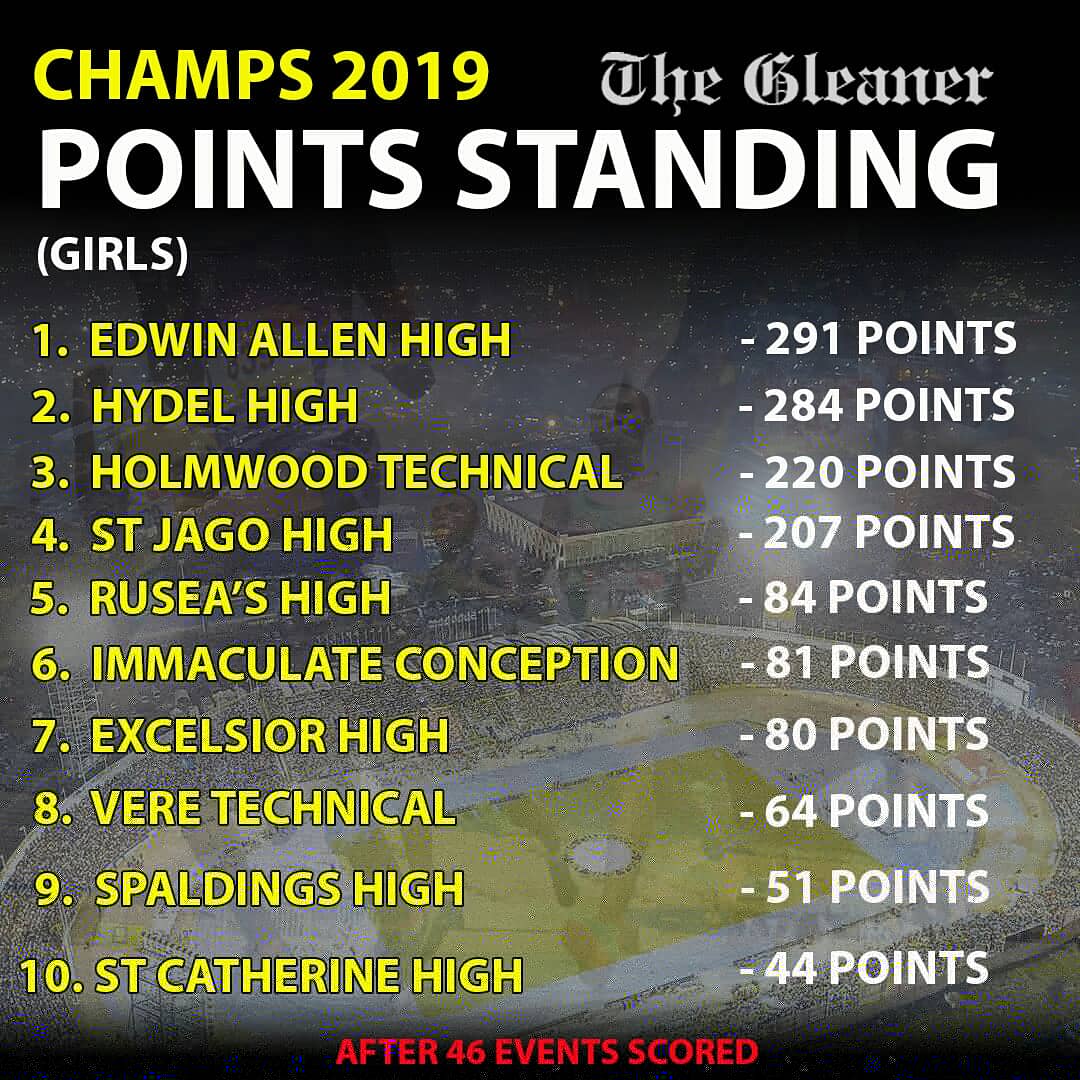 Pinnock, who won the long jump title on Thursday with 8.06m, dismantled the field to win in a new mark of 13.06 seconds in the sprint hurdles event. He erased the previous time of 13.10 seconds, which was held by Calabar’s Dejour Russell, who finished fourth in the event in 13.43 seconds.

It was also a KC one-two in the final of the Boys Class Three 100m hurdles final, as Ra'john Gray won the event in the blanket finished in 13.17 seconds ahead of his team-mate Amontae Wray, 13.18 seconds, while third went to Allem Pinto from St Elizabeth in 13.67 seconds.

St Jago’s Vashuan Vascianna, the 100m champion, produced a spectacular performance to break in his own record to win the Boys Class Two 100m hurdles event.

Vascianna, who won the Class Two 100m gold medal on Friday night, clocked an impressive 13.26 seconds to erase his previous time of 13.35 second, which he set last year.

Jahvel Granville, also from St Jago, was second in 13.43 seconds, while third went to Neil-Matthew Sutherland of Jamaica College in 13.75 seconds.

Enid Bennet’s Tyrice Taylor, who was favoured to win the event, having recorded a personal best of 1:48.86 two weeks ago, was second in 1:48.91 seconds. Kingston College’s (KC) Tarees Rhoden was third in 1:49.04 seconds.

Charokee Young of Hydel High won the girls equivalent in 52.48 seconds. She finished ahead of Vere’s Nickisha Pryce (53.35) and Kavia Francis from Holmwood (53.59).

Excelsior's Shantae Foreman registered her second gold medal when she won the Class Two long jump title, with a mark 1.73m. Daniella Anglin of Herbert Morrison was second with mark 1.70m with Daniel Hinds of Excelsior taking third with a leap of 1.70m.

Moore, who won the 100m on Friday, completed the sprint double with victory in 23.26. Ockera Myrie of Petrersfield finished second in 23.80, while third went to Daszay Freeman of The Queen's School, in 24.02.

Meanwhile, Nairne sped away from his rivals to win the boys event in 20.91. Jevaughn Powell of KC was second in 21.02, while third went to Michali Everett from JC in 21.02. Taylor, who has clearly been dealing with a physical problem throughout the championships, did not report for the event.

KC, and Hydel won the boys and girls Class One 4X100m relays respectively.