Phoenix youngsters off to Europe 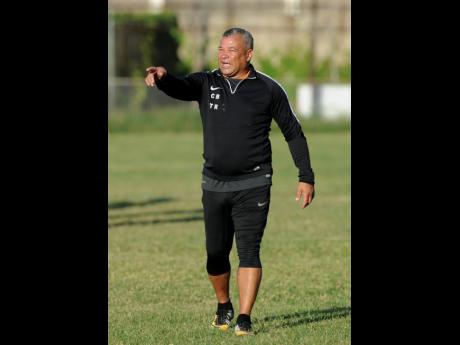 Six young footballers from the Phoenix All Stars Football Academy left the island on Thursday for Europe, where they will embark on a three week trial and training stint with a number of clubs across the continent.

Wilson, Daley, and Duncan are destined for Austria Lustenau (Austria) while Mills, Clarke, and Hamilton travel to St Andrews (Malta) for two weeks periods, after which some will travel to St Truiden in Belgium and Bayer Leverkusen in Germany for another week of trials and training.

Craig Butler, Phoenix All Stars Academy founder, says his intention is to keep the youngsters in Europe for an extended period as this is the right age for them to make the transition into professional football.

“The young Phoenix players will be heading to Austria, Belgium, and Malta for trials and training.

They will go for two weeks with each club and possibly stay with another one for the third week.

“Mathew (Wilson), Ronaldinho (Daley), Dante Duncan will go to Austria Lustenau, where Amoy Brown is signed and has been an excellent ambassador for the academy.

While Mills, Clarke and Hamilton will go to St Andrews, they will then fly to Leverkusen and St Truiden afterwards.”

“It is my intention to keep them in Europe. I am well connected in the clubs, and it’s the right time for some of them (players) age-wise to sign.

“Several of our top players will move to bigger clubs, and I have promised those clubs replacements, and I’m sure these players are ready (to make the transition) as we prepare them well,” he said.

He added that other opportunities may even exist for other Phoenix players, some of whom will also look to join their counterparts over the Easter.

“We have several corporation with Lustenau, St Andrew, St Truiden and Leverkusen and academically, we have made sure their schooling remains intact with tutors.

They will be later joined by Phoenix Under-16 and Under-13 players and play friendlies against Leverkuesen, Lustenau and Linz during the Easter break.”