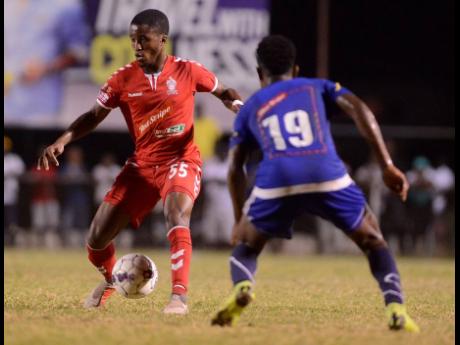 Shorn Hector
UWI FC’s Jerondy Henry (left) brings the ball under control while being watched by Mount Pleasant’s Cardel Benbow during the first leg of their quarterfinal matchup at the Anthony Spaulding Sports Complex last Sunday. 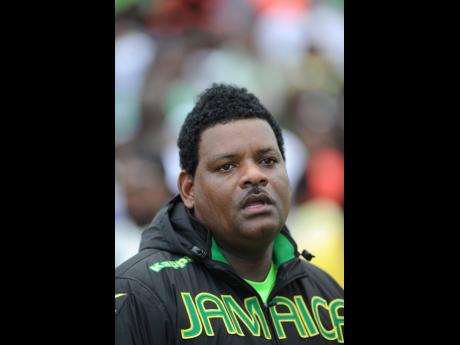 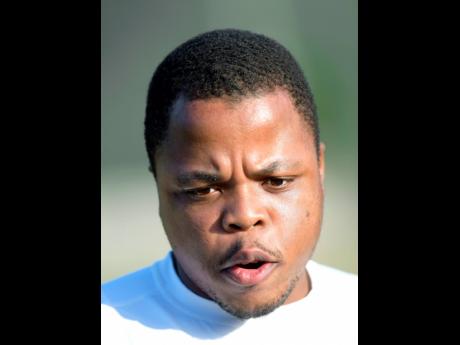 After finishing the first leg of the 2018-2019 Red Stripe Premier League (RSPL) on equal footing, visitors UWI FC and home team Mount Pleasant FC will be aiming to finish the business today.

For the game, which starts at 3 p.m. at Drax Hall, home team Mount Pleasant will start favourites as was the case in the first leg played at the Anthony Spaulding Sports Complex. However, Andrew Peart, coach of UWI FC, sees things differently.

“Our team is confident. We have been preparing all week, and preparing properly, so I don’t think we will be deterred by anything the team or the environment will offer. We are ready to play,” a confident Peart told The Sunday Gleaner.

Playing at Drax Hall, Peart said, would be greater pressure for the home team.

“The expectation is for them to show that they are ready to move on to the next round of the competition based on all that took place in the preseason and after,” Peart said, alluding to the significant spending of Mount Pleasant in the two transfer windows.

The mountain of expectation on the shoulders of the home team, he said, can be used to UWI FC’s advantage by playing good aggressive football.

Mount Pleasant’s Donovan Duckie is of the view that his team will separate itself from UWI FC today.

“First of all, we played UWI FC three times in the regular season and won against them, so I felt it was good and bad that we got to play them, looking at the law of averages.

“In the first half of the last game, our play was not good. It was a wake-up call and we did better in the second half – we improved and ended the game positively” Duckie explained.

His team’s plan, according to Duckie, is to start this game the way they finished the last.

“The way we finished the last game is the way we intend to start this one. The focus was good then, and we had the right intensity,” said Duckie, adding that all his players are fit and ready.

Among the players he will be calling on are Francois Swaby, Cardel Benbow, Daniel Green, and Kemar Beckford.

For UWI FC, the return of goalkeeper Amal Knight and Fabion McCarthy will be welcome. Both players were on national duty when the teams met last week. They should offer good support to Ryan Miller, Rochane Smith, and Anthony, Greenland.