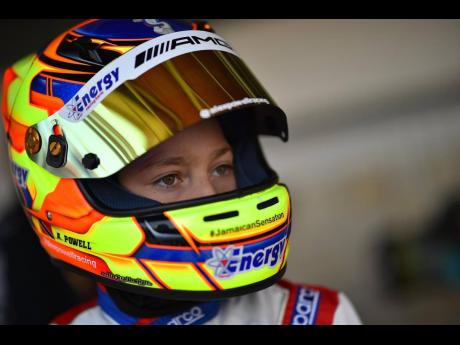 At 11 years old, Alex ‘The Jamaican Sensation’ Powell has made history by becoming the first Jamaican and Caribbean driver to sign with a Formula One (F1) team.

Mercedes-AMG F1 made the official announcement yesterday when they introduced Powell and his former Energy Corse karting teammate, Kimi Antonelli, as the two youngest members of the Mercedes junior programme.

While Hamilton traces his roots to Grenada, he was born and raised in Britain, and Alex’s father says this is a special moment because the youngster was born in Jamaica and started driving locally before moving to Europe to compete.

“Yes, Lewis has Caribbean roots in Grenada from his grandparents, but Alex really grew up around motor racing in Jamaica, in Trinidad and in Barbados,” the elder Powell said. “To be able to compete with the best kids in the world and be one of the best, if not the best driver in his age group, 10 to 12 years old, and he’s only 11. It’s really phenomenal for us and for the people of Jamaica.”

Powell said that Alex knew that being signed to one of the biggest brands in motorsports meant that he would have to consistently perform at a high level.

“He was extremely happy. Very excited about it,” he said of his son. “One of his first comments was, ‘Dada, this is going to be a lot more pressure on me and the team as a whole.’ But he’s done so well up to now that we’re extremely proud of him and happy for everything that he has done and will do.”

Jamaica Millennium Motoring Club president Stephen Gunter said he had been aware of the signing since December but was asked not to mention it until yesterday’s official announcement by Mercedes.

“He’s very, very fast and always in contention for the podium in any race meet he goes to,” Gunter said. “We look forward to increased attention on motorsport in Jamaica. Our karting programme, that’s where the next generation is coming from, and that gives you the proper foundation for any racing series, if you start in go-karting.”

Local driver Joel Jackson, who participated in the 2006 Formula BMW’s Development Series, added: “He’s gonna get very early exposure to professional motorsport on a level that no Jamaican has ever taken part in before. It’s a big opportunity not just for him but for other kids in the Caribbean who wish to do the same thing. Motorsport in the Caribbean will be under more scrutiny now.”

Alex will continue in karting with the Energy Corse team but will also progress through the karting ranks as he is now in the mini karting category.