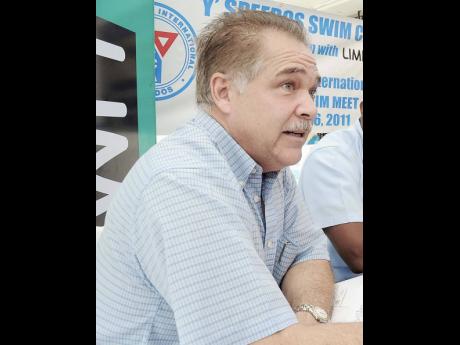 President of the Amateur Swimming Association of Jamaica, Martin Lyn, is again calling on the Government to build more aquatic facilities around the island as he pushes to increase the number of Jamaicans who are participating in swimming and other aquatic sports.

Lyn believes that the lack of facilities, particularly outside of Kingston and St Andrew, has hindered the development of many persons with potential and ability in the sport.

Speaking at the launch of the Mayberry Investments Limited All-Island Swim Meet at the CRU Bar, Lyn further argued that the facilities would sustain themselves as a number of international universities regularly seek to come to the Caribbean for warm-weather training in the winter.

“The Government speaks about sports tourism, and I think the aquatic sports are in great positions to boost sports tourism because you do have a lot of teams that want to come to the south to the warmth to swim in the wintertime, and we have had several colleges come down and train, and we have had several other universities enquiring to come down, but the lack of facilities is the drawback,” Lyn said. “So I am still calling on the Government to try to set up these facilities, and I think we can make back some money while we develop the sports.”

He said that there are plans in place to build a 50 metre swimming pool in Montego Bay.

“There is a strong movement to put a 50-metre pool in Montego Bay, and that would definitely help us in terms of the development of aquatics from that side of the island, and I think that is what we need to do in order to develop the sport islandwide,” Lyn said.

Though swimming remains Jamaica’s second-best-represented sport at world events, behind athletics, Lyn believes that there is still a huge void that needs to be filled in order to continue to grow the sport.

Over 20 schools will participate in the two-day meet, which takes place today and tomorrow at the National Aquatics Centre at Independence Park.