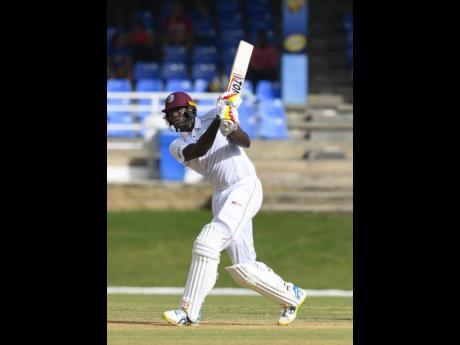 West Indies captain Jason Holder said his upcoming stint with English county side Northamptonshire was a big opportunity that he welcomed with open arms.

The 27-year-old all-rounder was speaking following his arrival in England to play for Northants in their first two County Championship matches and six One-Day Cup games before he is expected to lead the Windies into the 2019 ICC World Cup in England and Wales.

“I’m very thrilled,” said Holder. “It’s always been a childhood dream of mine to play in the County Championship, and now, I’ve finally got the opportunity and the time span to see what it is all about.

“I’m really looking forward to the challenge, and it will be a great task to play in foreign conditions. I’ve played in England before, but I’ve never played in the County Championship, and hopefully, I can make a home of Northants.”

He added: “I just feel this is ideal for my preparation leading into the World Cup. It’s a perfect opportunity to get acclimatised to the conditions in England. I’ve heard so many things about county cricket and it’s the perfect place to get ready for the World Cup.

It’s something I have always wanted to do. I have finally got the opportunity, so hopefully, I can make use of it and put in some good performances and win some game for Northants.”

Holder said he was well aware that he was following in the footsteps of some illustrious former Windies players such as Sir Curtly Ambrose, Winston Davis, Roger Harper and Eldine Baptiste.

He also acknowledged the role that the English County Championship played in the development of the international game in the Caribbean and said that he hoped that he too could benefit from the experience.

“I’ve seen the history and heritage of West Indians that have come through county programme and it’s a pretty good feeling to be a part of it,” he said.

“Hopefully, I can help as much as I can at Northamptonshire and get a few wins in the dressing room.”