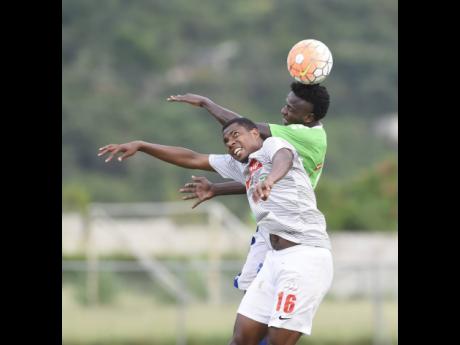 Mount Pleasant captain and the leader of the league’s most stubborn defensive unit, Ladale Richie, says his defensive team will be ready for anything the Portmore offence has to throw at them in the first leg of their Red Stripe Premier League semi-final clash on Monday at the National Stadium.

Richie remains wary of the high-scoring Portmore attack and believes his teammates will have to carry out their functions perfectly on the day for them to keep the defending champions off the scoresheet.

“They are the best attacking team, but we will get ready for them because we know they will be coming at us. In the three games we played them, they were three very good games, so the team that is more consistent on the day is the team that is going to come out victorious,” Richie argued.

With just 21 goals conceded all season, 19 during the regular season and two in the play-offs, Richie said the Mount Pleasant backline is very confident that they can contain the Portmore attack. But he also said that his team is a very capable attacking team as well and that their opponents should not forget that even though they are the sixth-highest scorers in the league this season, with only 35 goals scored, they can cause problems of their own.

“We are up to the task; my team is well prepared for this match. We are not the best offensive team, but we also have a good, quality unit going forward, so they will also have to look out for us attacking-wise. So we are not all about defence, we have quality players; going forward also,” he continued.

“We are the best defence, but the best team that does everything correct on the day is the one that will come out victorious,” he added.