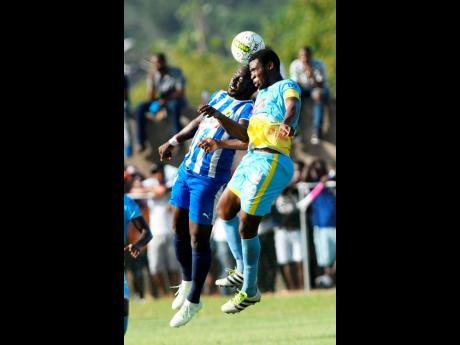 Waterhouse assistant coach Daniel Bent said the rest period after the preliminary round of the Red Stripe Premier League has allowed the team to get some injuries healed.

With those players now recovered, he says they are at full strength and ready to punish their opponents, Cavalier FC, in their semi-final clash at the National Stadium tonight.

“We have been putting in the work because everything is not perfect, so we have been doing some work on the training pitch,” Bent said. “We have some players back from injury, including our captain Keithy Simpson, plus other players are coming back from injury. So we are in tip-top shape right now and we are up for the task for this semi-final against Cavalier, we are ready.”

Although Cavalier defeated them twice and drew once in the regular season, Bent insists that the semi-finals is a different prospect. “We know what we did wrong, and we know what we did right,” he said. “So it’s very much on our slate to get things right this time. If it’s a dogfight, we are ready. If it’s a derby-like affair, we are ready; and if they make mistakes, we are going to punish them.

“We are looking forward to the contest, but it’s very important in a semi-final to make the right decisions, and the team that makes the best decisions will come out on top.”

Cavalier technical director Rudolph Speid said recently that it is Waterhouse who should be wary of his side and not the other way round.

Speid’s hopes will rest on their trident, Alex Marshall, Nicholas Hamilton, and Chevonne Marsh, which he refers to as ‘MHM,’ along with outstanding defender Kamoy Simpson and top midfielder Leonard Rankine.