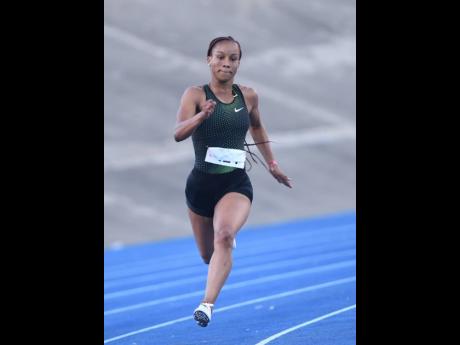 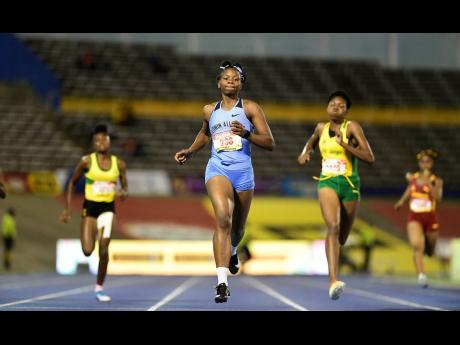 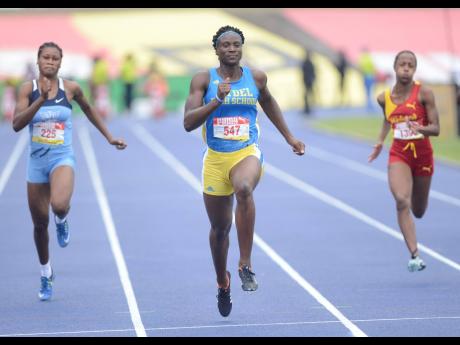 1997 World 200 metres champion Ato Boldon believes that the days of the world under-20 4x100 metre record – 43.27 seconds – are numbered. The Trinidad and Tobago sprint great sees Ashanti Moore, double world Under-20 champion Briana Williams, and Kevona Davis as the core of a Jamaican team that could force the record keepers into a rewrite.

Asked for an expert opinion on the ISSA/GraceKennedy Boys and Girls’ Athletics Championships’ Class Three 4x100m record time of 44.25 seconds done by Davis’ Edwin Allen High school team-mates, Boldon responded to speculation he had seen on the internet.

The four-time Olympic medal winner answered, with a knowing smile. “Well, I think I know what’s going to happen to it.”

Theoretically, Davis and Moore, who both missed last weekend’s Carifta Trials, and Williams could join forces in July at the Pan-American Junior Championships.

In her final year at Champs for Hydel High, Moore took the Class One sprint double and polished off her 100-metre opponents in 11.17 seconds, just 0.04 off the record held since 2001 by Veronica Campbell-Brown. Williams dashed to times of 11.13 and 22.50 seconds last year, and Davis repeated her Champs Class Two sprint double with a sublime run in the 100m, clocked at 11.19 seconds. That’s close to her personal best and Class Two record of 11.16 set last year.

With that trio running on one team, Boldon feels Jamaica could beat the world junior 4x100m mark set by Germany in 2017. Moreover, he is enthralled with the Jamaican prospects in the women’s sprints.

“I was there in Beijing 2008. I predicted two out of three,” he recalled of the 1-2-2 finish by Shelly-Ann Fraser-Pryce, Kerron Stewart, and Sherone Simpson in the 100 metres. “I don’t think I predicted a sweep, but I think that the talent is there, and you’re seeing it coming through the pipeline where it could be sort of a return to that sort of heyday,” he said.

Boldon, whose mother is Jamaican, coaches Williams and 2016 World Under-20 100 metres bronze medallist Khalifa St Fort of Trinidad and Tobago.