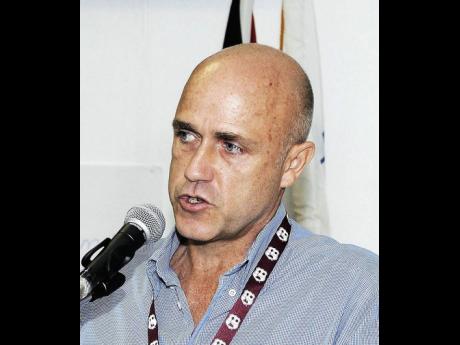 Holding, now a well-respected television broadcaster, said the current players were the ones who stood to be affected most by such a substantive personnel change and therefore needed to give their input into any such decision.

Pybus, a controversial appointment to the post last January, is widely expected to be replaced prior to the May 30 to July 14 showpiece in England.

He continued: “I am hearing them talk about changing the coach for the World Cup. You need to sit down with the current players now and have a discussion with them and say to them, “What do you think?’, because they are the ones who are going to be affected.

“We sitting down in our living rooms watching. We won’t be affected. The players will be the ones to be affected. They (Skerritt and Shallow) need to sit down with them, have a frank discussion, ask them what they think – if they think it is a wise decision or if they are happy to continue with the way things are.”

Pybus, a former director of cricket, replaced Stuart Law as head of the Caribbean side for England’s tour of the Caribbean this year, overseeing their shock 2-1 win in the three-Test series.

The Englishman’s appointment was met with pushback from several CWI directors, with Skerritt during the election campaign noting his discomfort with the manner in which the decision had been made. And only last week, leading regional academic and UWI vice-chancellor Professor Sir Hilary Beckles argued that a Caribbean coach should lead the Windies at the World Cup.

Holding, who claimed 249 wickets in 60 Tests, said any decisions made on the coaching role should be made with the long-term future of West Indies cricket in mind.