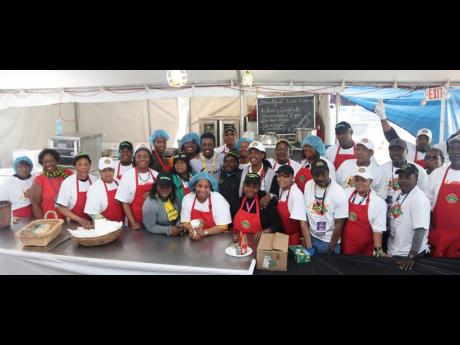 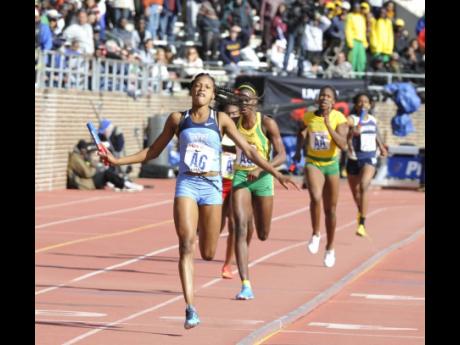 The 2019 ISSA/GraceKennedy Boys and Girls’ Athletics Championships have ended, and the athletes now turn their attention to the Carifta Games in The Cayman Islands as well as the Penn Relays in Philadelphia (Philly), USA. This year will be the 55th anniversary of a Jamaican team participating at the Penn Relays (Penns) since Kingston College first made the trek to Franklin Field Stadium. This year also marks the 25th anniversary of Team Jamaica Bickle’s (TJB) participation in the relay carnival.

Team Jamaica Bickle is a non-profit Jamaican organisation that serves athletes who they call ‘our ambassadors’ while they compete at the Penn Relays. It is very difficult to paint a true picture of how important this group is for athletes, parents, and team officials. What TJB provides goes beyond moral support and extends to meals, transportation, general advice and general hospitality to the various Caribbean teams who participate at ‘Penns’.

I have been to Penn Relays several times. On my first journey with a team, and not being very familiar with the landscape, the volunteers, led by TJB Chief Executive Officer and founder Irwin Clare, were very receptive and assisted us in making the adjustments quickly, as there is not much time between arriving in Philly and the start of the competition. You want to get the athletes acclimatised and adjusted to the weather conditions.

The TJB tent is probably the most famous tent among Caribbean athletes, fans, and support personnel as it provides meals for athletes and officials and a warm space that prevents them from freezing to death. The meals help many, especially teams with limited resources that barely found funding for airfare and accommodation. They all depend on the TJB tent for basic amenities like water and other rehydration fluids. The tent is also the meeting point if teammates should get disconnected from each other, or a point of reference when giving directions. It’s a space with familiar faces and voices where a lot of Jamaican music is played.

I am fully aware of the many accolades that have been bestowed on TJB and even more aware of the work they have been doing. However, I think they deserve more assistance; and by helping them, you help the athletes.

The defibrillators-in-schools programme is another project that is more impactful than we think. In fact, persons overseas may be surprised to know that before this, there was very little immediate access to defibrillators in many schools. So, providing Automated External Defibrillators (AEDs) and having qualified nurses assist with the training of school officials is another commendable project that positively impacts our athletes. Irwin Clare has indicated that this started in 2014 when Cahvan McKenzie died while competing overseas. He sees the project as a chance to prevent and limit such incidents in Jamaica, with over 50 schools having benefited since its inception.

My hope is that we will see more of the Team Jamaica Bickle-type support for our athletes locally or at other events. So we need more philanthropic gestures such as TJB’s, who, with the kind support of Vincent HoSang and the Vincent HoSang Foundation, have been doing a tremendous job.

I was never the biggest fan of the Penn Relays before my first trip; in fact, I still do not believe we have got as much from the meet as the institution or event organisers have gotten from us. The Penn Relays is what it is primarily because of the Jamaican support (athletes and fans). Where my views have been adjusted is that I am now more inclined to believe that it is Jamaica that has not leveraged this opportunity as we should. Each time I talk with Irwin or Blane Stoddard, they encourage all of us to find ways to leverage our image and the brand Team Jamaica. This can be through partnerships and memoranda of Understanding.

What TJB has done though is create that medium through which we can capitalise on our participation at the event. They have accommodated several heads of state and are instrumental in bringing other brands on board, but there is more to be done by us locally. In the meantime, congratulations, Team Jamaica Bickle! I know. I have been there. I’ve seen the impact. Continue to do the work you do.