Drakes to take CWI to court after dismissal 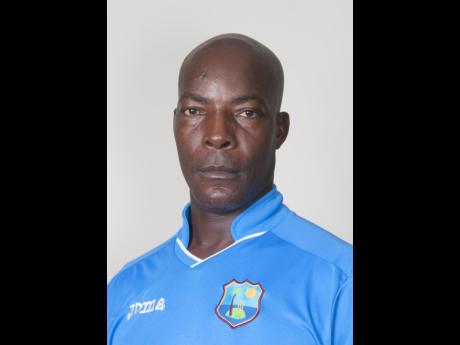 The Ricky Skerritt-led Cricket West Indies administration is facing its first legal battle over its decision to axe Vasbert Drakes from the coaching staff of the men’s senior side.

Drakes’s attorney, Barbadian QC Ralph Thorne, said CWI’s actions were “unlawful”, and would be proceeding with court action to gain either “reinstatement and or compensation”.

CWI on Thursday announced that interim head coach, Richard Pybus, along with his coaching staff, had been removed ahead of next month’s ICC World Cup. Former Barbados and West Indies captain Floyd Reifer has replaced Pybus.

“They contacted him yesterday by telephone to tell him that his services were no longer required,” Thorne told Barbados Today online.

“I then sent a letter to them indicating that it was not the proper way to terminate my client’s services and that they ought to do it in a more formal manner. They responded by sending him a letter late yesterday evening confirming that his engagement was at an end.”

He continued: “Having received it in writing, I have indicated that their actions are unlawful and indicated to them that we are prepared to file proceedings in the court of law and are also seeking compensation.

“Whether they reply or not, we intend to pursue this matter, and I am willing to move this course to grant urgent relief in terms of reinstatement and or compensation.”

Drakes was recalled for the recent tour of England after Englishman Pybus was controversially appointed head coach in January. As part of a coaching set-up which included Englishman Toby Radford and Guyanese Esuan Crandon, Drakes helped oversee West Indies’ shock 2-1 win in the three-Test series over the English.

Skerritt, who defeated three-term incumbent Dave Cameron in CWI elections last month, had signalled his intentions to review the Windies management structure and said on Thursday that the move to replace Pybus had been “a clear indicator of the seriousness of our West Indian-first policy and represents a commitment to celebrate the best of what it means to be West Indian”.

However, Thorne said that Drakes had been “surprised and very disappointed with the sudden turn of events”.

“This entire situation is potentially injurious to personal relationships that exist between the coaches and between coaches and players, and it is disruptive of the relative happy state of West Indies cricket after the success of the England tour,” said Thorne, also a member of Parliament.

The prominent attorney also dismissed suggestions that Drakes had any political affiliation, especially in light of the change in CWI leadership.