More needs to be done for Intercol Champs – Wilson 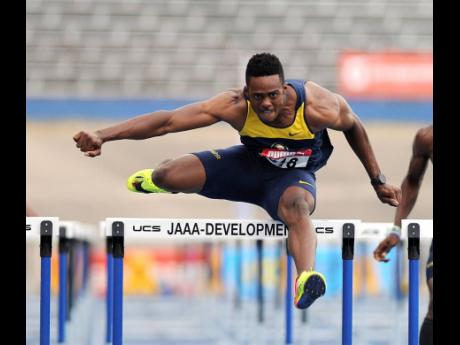 Noted Jamaican coach, Maurice Wilson, who led his G.C. Foster College team to another dominant display at the NCB Intercollegiate Track and Field Championships over the weekend, is blasting the organisers, the Jamaica Intercollegiate Sports Association (Intercol), for what he described as their inability to grow the event and attract greater general interest.

A number of the country’s top athletes were on show at the two- day championships, which was held inside the National Stadium, but the near non-existent spectator support inside the venue did not go down well with Wilson, who has led several Jamaican teams to the Olympics and World Championships over the years.

Despite leading his male and female teams to their third successive titles, respectively, Wilson believes that the Intercol executive should be doing a lot more to push the championships, given its importance to the sport and the quality of the athletes it produces.

“Intercol Championships has produced some of the best performances so far this year for Jamaican athletes.

“Where were the spectators? I believe this (poor support) is because of a lack of organisation from the executive body of the (Jamaica) Intercollegiate Sports (Association).

I do not really think they understand the product they have in track and field, as this is the only product that can be measured internationally with the sort of performances, and we cannot continue like this,” Wilson added before pointing to some of the local talent that has been aided by participation at Intercol Champs.

“Intercol has produced some of Jamaica’s finest – Sherone Simpson, Anastasia Leroy, Shelly-Ann Fraser-Pryce, Nesta Carter - all of these are athletes who would have gone through Intercol, got their education at the tertiary level and represent Jamaica at the highest level, so I do not understand why is it that we are not having a greater thrust by the Intercol executive members or committee to make sure that the meet is properly organised and all due diligence is observed to make it one of the best product on the track and field calendar,” said Wilson, who is the also the acting principal of G.C. Foster College of Physical Education and Sport.