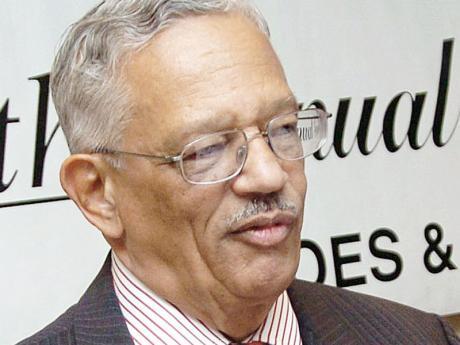 Tributes continue to pour in for late West Indies Cricket Board president Patrick 'Pat' Rousseau, who passed away on Tuesday night after a long battle with illness.

Cricket West Indies president Ricky Skerritt hailed the Jamaican for his contribution to the sport in the region, particularly his work in bringing the Cricket World Cup to the Caribbean in 2007.

"It is with great sadness that we learnt of the passing of former WICB president Pat Rousseau," said Skerritt through a release.

"Pat was a strong man, always very focussed and determined. He was a sharp legal and business mind, and it was reflected during his time in charge of the organisation between 1996 and 2001."

"He, along with former chief marketing executive Chris Dehring, was instrumental in signing a record (at the time) international television deal for the WICB, now CWI, with Sky and convincing the International Cricket Council to stage the ICC Cricket World Cup 2007 in the Caribbean.

Pat was also the driving force behind the incorporation of the WICB in November 1998 – starting the transformation of the organisation into becoming a more corporate operation – and the permanent relocation of the Corporate Headquarters to Antigua."

"He was passionate about his work, he loved life, he was a keen follower of sport, leading to him and Dehring launching SportsMax, the first subscription television network broadcasting sport programming to the entire Caribbean, and he was a great mentor to many people. He will be missed," the release continued.

"On behalf of the Directors, Management and Staff of Cricket West Indies, we honour his legacy and his contribution to the game in the Caribbean and mourn his loss alongside his family, friends and the people of Jamaica."

Dehring, who of course worked alongside Rousseau on Cricket World Cup 2007, said he was saddened by the news of his friend and mentor's passing.

"Hearing the news on the passing of Pat it was a very sad moment for me. He was highly respected and he was the one who recruited me to the Board of West Indies cricket in 1996. He was the one who was responsible for me going to West Indies Cricket in 1996 and has moulded me and was responsible also for the bid for Cricket World Cup," said Dehring.

"Hearing the news of his death was very gut-wrenching and for me it was also some guilt, as I had not communicated with him for a long time. We spent a lot of time together travelling all over the world and I relished those moments and his death is not only a loss to Jamaica, but for the region and we are very proud of what he has achieved," said Dehring.

Rousseau had a long and successful career in law and had been associated with the firm, Myers, Fletcher Golding since its infancy. He also served on several boards including, Desnoes & Geddes, Geddes Grant, Life of Jamaica (LOJ), Sagicor and ICD. He was also a director at Cable and Wireless and was Director and Chairman of International Media Company.