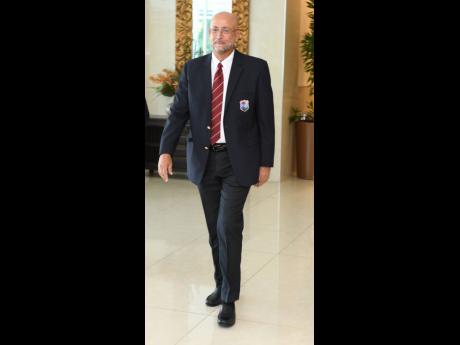 Skerritt, who was elected CWI president at its Annual General Meeting last month, is in Jamaica meeting with stakeholders of regional cricket, including the Minister of Sport, Olivia Grange, Jamaica Cricket Association president Wilford ‘Billy’ Heaven and the University of The West Indies, to discuss reforms and the restructuring of the governance of cricket in a series of meetings over the next few days.

Many, including Skerritt, had criticised former CWI president Whycliffe ‘Dave’ Cameron for what they considered an abuse of power in his appointment of Pybus.

After his election, Skerritt held a meeting just days later with his new board to enact changes he believed were critical to the immediate functioning of the team, including its technical staff. This led to Reifer’s appointment, along with Roddy Estwick and Corey Collymore as his assistants. Robert Haynes was also brought in as interim head of selectors, replacing Courtney Browne.

Skerritt said that he and his advisers do not think that the timing will have any negative impact on the team at the tournament.

“Clearly, the people who advise me, and I, didn’t think it was too early,” Skerritt said. “We have made cricket decisions in the interest of the best possible performance over the next few months and beyond. Obviously, we’ll never know. We won’t be able to compare one versus the next (Pybus versus Reifer). It’s a different ball game when you’re playing in English conditions.

That is why it was important to get the best support team together, the best cricketers together and do the kind of preparation that they’re doing right now to make them perform the best they can perform when they go abroad. We made cricket decisions, contrary to the propaganda that you have been hearing or subject to. There was no politics there. This was about what is best for West Indies cricket and that’s what it will always be once I have anything to do with it.”

Skerritt said that contrary to belief that the team may now be unprepared for the World Cup, the technical staff and selectors have already held talks about the squad to travel to Britain and will make an announcement shortly.

“In the meantime, the captain and the coach, and one experienced selector from the past who has also been a coach recently, and has been a selector in the not too distant past, will be the ones responsible for selecting the teams,” he said. “They’ve already picked the team for the Irish tour and they’re in the process of picking the team right for the Cricket World Cup. That team should be announced a week from (yesterday). So it’s working, it’s temporary, and hopefully, by the home series against India, if not afterwards, we will have a new selection system involved that pays attention also to youth and women’s cricket in a way that we believe will help to bring the best selection decisions.”